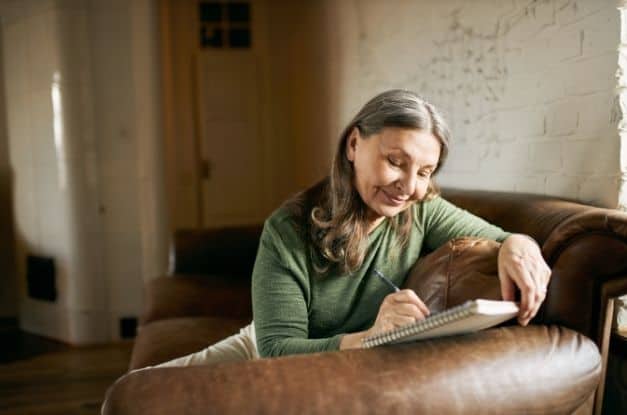 Roger Robinson, age 82, has been running since he was 13 and he hasn’t stopped. Sure, he’s had two knee replacements along the way, but his dedication to competitive running has never waned and he keeps smashing records in his age group.

Ruth Slenczynska, age 97, discovered the piano at age 4 and has been playing ever since. In fact, she just released her latest album, My Life in Music. And what a life it’s been—playing at concert halls around the world—with no intention of stopping.

Not all of us will be competitive runners or world-class pianists into our 70, 80s, 90s or beyond, but finding our passion in life can make a big impact on how we live our later years.

Research has repeatedly shown that people who invest themselves wholeheartedly in something they love, with no other goal but the pleasure of engaging in it (instead of for money, fame or power), enjoy greater well-being, and live happier and often longer than those who don’t.

A 2014 University College London (UCL) study interviewed over 9,000 people with an average age of 65. Those who had an overall sense of well-being–defined as having control, doing something worthwhile and having a purpose in life–were 30 percent less likely to die over the following 8 years than their least well-being counterparts.

Another group of researchers followed nearly 7,000 people over age 50 for more than a decade. They found that people who felt that they had little purpose in life were more likely to die at a younger age than those who had a purpose.  A 14-year study by the Association for Psychological Science says that “Having a purpose in life appears to widely buffer against mortality risk across the adult years.”

So how do you find something you love to do; to find your purpose? Here are some ideas.

Connect With Family. An older family member may need your companionship. Your adult kids may now need you to help out with their own kids. Everything you do to connect with family will pay off for generations to come. That’s priceless. This may even mean making the effort to mend fences with estranged family members. You are now the (older) adult in the room so it’s time to make the first move. Imagine the impact you’ll have on those you love.

Be Adventuresome. What has intrigued you, if only for a moment, that you might now pursue? Perhaps you found yourself wanting to pick up that guitar that’s been gathering dust in the attic, taking out a sketchpad, or Googling quilting clubs. Go for whatever intrigues you with gusto. Often, passion doesn’t get going until you’ve experienced doing the whatever-it-is for a certain length of time. Be patient with yourself, trust that initial impulse, and commit to the activity. If you truly don’t find it rewarding, then explore other avenues.

Engage With Others. There are a lot of people who have similar interests as you. It’s more fun to do what you love doing with others who share your same passion. Join organizations that align with your interests. You may not know a soul on your first visit, but your common interests will quickly change that.

Most importantly, don’t give up on yourself. It’s worth the payoff. A life full of meaning and purpose is what leads to life satisfaction, which in turn contributes significantly to happy, healthy longevity.

Noelle C. Nelson, Ph.D. is a California-based psychologist and author of over a dozen books. She is the author of “The Longevity Secret: Why What You Think You Know About Aging Is Wrong and How To Get It Right” (MindLab Publishing). Visit www.noellenelson.com, https://www.facebook.com/MeetTheAmazings,