Most drivers throughout the state of Florida pay for an insurance policy, though about one in eight motorists is uninsured. The payment you make each month is supposed to cover you in the case of an accident.

The insurance company should cover your medical bills and any other ensuing costs. However, they often do not. Medical bills can pile up quickly if you’re injured in a car accident, especially if you’re in a severe one. You will receive bills from seemingly everyone. Bills from the ambulance that brought you to the hospital, the ER, and doctor will all show up in your mailbox. Later on, you will even be smacked with physical therapy bills and follow-up visits. The list is endless.

The big-name insurance companies, in which most people use, are not in the business of protecting people like they claim that they are. Instead, they are in the business of making money. They will do anything in their power to pay you the least amount of money possible. You’re probably wondering, “how is that fair?” Well, to put it simply, it isn’t. Life has a funny way of being unfair. 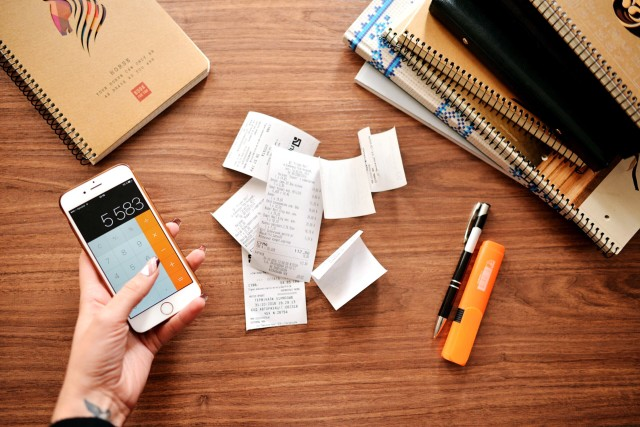 Every day, someone files a personal injury claim that gets denied, forcing them to pay all of their own medical bills and expenses. After an accident, the first thing you should always do is make sure everyone is okay and call the police. After the accident is taken care of, before you file a personal injury claim in Florida, you should hire an auto accident attorney to give you the help you need.

You’ve undoubtedly had to pay medical bills, or know someone who has, within your lifetime. It is no secret how expensive they can become. For some people, medical bills can put them in debt for the rest of their lives.

The following statistics have been taken from The Commonwealth Fund and their extensive research about medical bill debt in the United States:

While not all of these statistics are from people who were involved in car accidents, it is fair to say a great deal of them are since there are over 6 million recorded accidents every year.

It’s important to think about the positives sometimes as well. Florida is considered a no-fault state. That means if you’re in an auto accident, no matter who is at fault, each person’s insurance pays for damages. Florida does require you to pay for PIP (Personal Injury Protection) insurance, however. The common misconception is that PIP insurance will pay all of your medical bills. In reality, it will only pay up to $10,000 in medical expenses. That may seem like enough to cover you, but if your injuries are bad enough, your medical bills will surpass that $10,000 mark quickly.

There is another hole in the no-fault insurance system that is rarely talked about. “Emergency Medical Condition” is a term used to describe certain kinds of bodily injuries or illnesses. This term is not explicitly defined, so its vagueness has created some uproar. Insurance companies will only have to pay out $2,500 in medical bills if an injury is deemed to not be an emergency medical condition. For example, if your back or neck is hurt in a small car accident you don’t need to be rushed to the hospital or brought directly to the emergency room, and you would merely see a doctor at some point and have them diagnose you. It is not a medical emergency. Overtime, however, if your back begins to flare up and the medical bills begin piling up, you will not be covered past $2,500. The problem comes in when determining if an injury was an emergency medical condition or not.

Filing a personal injury claim is not as difficult as you may think. It’s as simple as calling your insurance company and telling them you were involved in a car accident. The claim will be processed and that is that. The headaches begin when the claim is filed.

There are countless factors that go into what a claim may be worth. It is nearly impossible to specifically determine without seeing the accident details. Claims can range in worth due to the severity of injuries, property damage, and level of disability. Testimony from witnesses and doctors are also part of your compensation. Insurance companies will try to find proof of everything; that includes attempting to prove that the damages to your car are not as expansive as you say they are and that your injuries are not that severe.

When Will the Bills Be Paid?

If you’ve filed a claim with your insurance company, it could be months before your case is settled. If you decided to hire a personal injury attorney, it may take even longer. From medical treatments to physical therapy, and doctors to insurance companies, the list of variables that go into each accident is outrageous.

It takes such a long time to pay your medical bills because, if the accident is severe enough, your treatment itself could take months. In order for everyone involved to better understand how much compensation you deserve; the situation must play itself out for an extended period of time. Try not to stress; instead, worry about getting yourself healthy.

Hiring a personal injury attorney could be in your best interest. There is much more to a car accident and the ensuing medical bills than meets the eye. From one incident, there is a string of events that may alter your life for the worse.

Living in Florida, accidents are common due to the 23 million people who call the state home. Every accident is unique and presents its own set of challenges. When you become a client of any Florida law firm, there are never any fees unless we win your case. Expert attorneys will be able to give you an idea of what your case could be worth, advise you of the process, and start the sign-up process of you becoming a client.

Dennis started practicing law at just 23 years old. He obtained his undergraduate degree from Duke University and continued to earn law degrees from Florida State University College of Law and Harvard Law School. Blessed with multiple associations, memberships and awards, Dennis graduated from the Trial Lawyers College. Mr. Hernandez is one of only 1,378 attorneys who claim this distinction. ​ In 1996, he founded firm Dennis Hernandez & Associates, P.A., which concentrates in the areas of personal injury, medical malpractice and product liability. Dennis is admitted to practice law in all State of Florida courts, The Supreme Court of the United States, U.S. Court of Appeals for the Eleventh District, U.S. District Court for the Middle District of Florida, and the U.S. District Court for the Southern District of Florida.