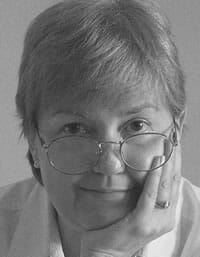 With all the talk about health-care coverage for people with pre-existing conditions, it seems few people know coverage is available in every state as a result of the Patient Protection and Affordable Care Act.

People can apply for the Pre-existing Condition Insurance Plan, which will not deny you coverage because you have asthma, diabetes or some other condition, and will not charge you more simply because of it. In Washington D.C. and 23 states – including Florida, Massachusetts and Texas – it’s run by the federal government. Twenty-seven states run their own PCIP program.

Policies vary from state to state and premiums may vary, but coverage can cost less than $200 a month. But a shockingly low number of people know about the coverage, Swanson says. As of July 31, there were 82,000 people enrolled. Maine had only 42 enrollees; California had the most, 11,118.

Getting and keeping health insurance is Job One for many patients with chronic illness. This is a real step forward.

Here are some important things to know about PCIP:

• You are eligible for PCIP coverage ONLY if you have been without insurance coverage for the past six months. If you have coverage – even if it does not cover your condition – you are not eligible, and if you’re in a state high-risk pool, you’re not eligible.

• In states with the federally administered program, if you’re application is accepted, you’ll receive a letter within two to three weeks. If you submitted your application and all documentation before the 15th of the month, your coverage can start by the 1st of the following month (i.e. by Oct. 15, coverage starts Nov. 1). If you apply after the 15th, it will start by the first of the month after that (i.e. Dec. 1).

• PCIP is designed to be temporary. The Affordable Health Care Act calls for private insurance companies to cover pre-existing conditions beginning in 2014, at which time PCIP will not be necessary. (If Obama does not win re-election, it’s possible PCIP will be disbanded under Mitt Romney.)

To find out more, visit the plan’s official website, www.pcip.gov. Dixie Swanson is the author of The Accidental President Trilogy.