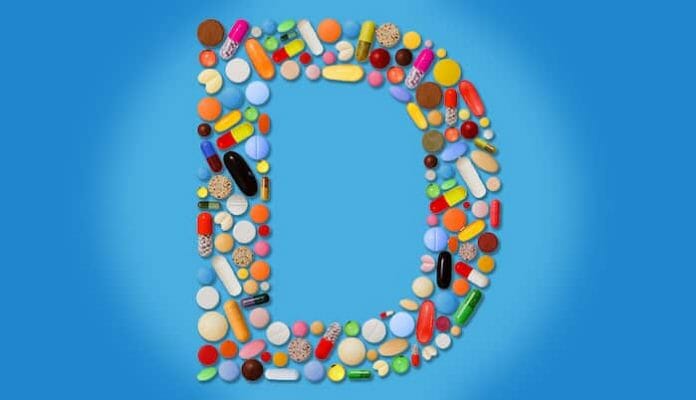 Thanks to Republican President George W. Bush, the elderly, people with a disability, dialysis patients, and healthy Americans on Medicare must pay Medicare Part D’s Late-Enrollment Penalty if they do not have creditable insurance and do not enroll by the deadline.

Thanks to Republican President Donald J. Trump’s administration, effective in 2019 the young and healthy are no longer forced to pay the Individual Shared Responsibility Payment, the so-called “penalty” tax, for not being covered by the Affordable Care Act or having creditable insurance.

The Democrats Affordable Care Act penalty tax helped defer the costs of Obamacare and was included on IRS income tax filings. But those on Medicare, many of whom live on fixed incomes, without creditable drug coverage will continue to pay George Bush’s non-enrollment penalty. Clearly, this is age discrimination and should be eliminated now. What’s good for the goose is good for the gander.

The Act guarantees enough customers for the insurance companies by adding those on Medicaid to the mix. To eliminate the companies’ fear healthy individuals on Medicare (CMS) might not participate in the drug program, a penalty for non-enrollment is included if they don’t join Part D or enroll in an advantage plan by the deadline, if they don’t qualify for an exemption.     CMS provides each insurance company with the names and amounts of the penalty based on a formula that is added to the insurance company’s policy premium. The insurance company gets the total amount. The penalty can last a lifetime, the amount usually increases annually, the amount can be more than the insurance policy premium, and the dollar amount one must pay can grow to hundreds of dollars over time.

The Act also changed Medicare. The privatized drug insurance in Part C and Part D are separate and apart from what is now called Traditional Medicare (TM), and naming Part C “Medicare Advantage Plan” is misleading. They are insurance company plans, not Traditional Medicare, whose role includes approving, authorizing and contracting with the private insurance companies that provide drug coverage in Part D and in advantage plans in order to regulate and financially subsidize these companies via annual, renewable contracts.

Why did George W. Bush do this?

He was desperate to get elected for a second term in 2004. The public was in an uproar over skyrocketing pharmaceutical costs, (what’s changed?) and the insurance companies insisted they have enough customers to guarantee a profit. The Act was intended to guarantee his re-election. It did. He was re-elected in 2004, thanks to the Supreme Court, and began his second term in January 2005. The penalty became effective in 2006.

The insurance companies have done very well from the beginning and to date. The net earnings for the healthcare industry were $23.4 billion in 2018, an increase in the profit margin to 3.3% in 2018 compared to net earnings of $16.1 billion and a profit margin of 2.4% in 2017, according to the 2018 Annual Health Insurance Industry Analysis Report.

It’s time to get rid of the Part D Late-Enrollment Penalty now. Contact all your federal representatives, the leaders of the political party you identify with, everyone you have ever known in your life.

No government entity seems to know the total amount of the penalty money paid in 2018, or how many Americans had to pay it. I’ve been trying to find out since January 7, 2019. CMS doesn’t know, neither does the Social Security Administration or the U.S. Treasury. I’m currently awaiting an appeal to the Freedom of Information folks.

But each insurance company knows who and how much penalty money they received in 2018. The one company I queried “does not give out that information” and said, “CMS is not reachable.”

Helen Donovan is retired as the Director of Publications for Prevent Child Abuse, a national nonprofit based in Chicago. She founded and served as president of the nonprofit Arts Unlimited that provided live performances for institutionalized adults throughout several counties of Illinois. She’s a member of The Authors Guild, a Bronze Life Master bridge player, and recipient of the City of Chicago, Heart of Gold United Way volunteer award. Author of some articles including “No raise for Senior and why Warren Buffett calls healthcare costs a Tapeworm,” and the suspense novel What Goes Around.