The era of the Baby Boomers has provided many life changing inventions.  Among the many contributions from this post-war generation is the Segway, the Jarvik artificial heart, DNA fingerprinting, and, timeless music from The Beatles, Rolling Stones, Freddie Mercury, and, the amazing entrepreneur/ innovator, Steve Jobs.  Not so noteworthy, but, still, a life changing contribution is one of the highest divorce rates of the century. Divorce rates for baby boomers skyrocketed in the 70’s and 80’s.  First time marriages were given a 50/50 chance of succeeding – no Golden Anniversaries for them.

Unlike their parents who married for life, the message to Boomers with a troubled marriage was, “if you aren’t happy, get a divorce”.  It wasn’t as if divorce was not allowed prior to this generation, but people tended to associate divorce with movie stars not their next door neighbors.  Even in Biblical times we read of Kings “putting” away a wife.  Henry VII was a true proponent of this solution when he wanted to change queens.  Although, chopping off the ex’s head was a little extreme. The affair of the Duke of Windsor and his beloved, Lady Wallis (a divorced woman) gained worldwide interest and criticism.  Even today their affair and marriage is still the source of books and movies.

It was the progressive Baby Boomers with their spiraling numbers of divorces who created a social acceptance of the dissolution of marriage.  A divorced woman of the 40’s or 50’s was often socially shunned.  Two decades later being divorced, and, reentering the dating scene was given a status of acceptability.  Almost, the “in” position to have. Very different from the tendency of the previous generation to give a social stigma to those who chose to end their marriages.  Their view, was once married, forever married- a life commitment.

Aging baby boomers now entering their 60’s and 70’s are often in a second marriage or even a third.  They have become older and wiser.  Expectations for marriage have changed or, simply, have become more realistic. Compatibility reigns as one of the most important components in a relationship. They are looking for a companion to spend those Golden Years with- to travel with- to share interests –to grow old with.

Older and wiser, often desirous of a long lasting relationship.  They find age can, also, bring a stagnant, a set in one’s ways attitude. Old dogs may need to learn new tricks, or improve old ways to achieve the benefits of a Golden Years marriage.  Three components, not new in content, but invaluable for compatibility are:  Commitment, Collaboration, and Communication.

Make the commitment to your partner to give your “all” to the success of your marriage.  Unlike the 70’s/80’s couples who easily left a marriage, don’t think divorce.  Choose a “death till we part” attitude…  As a couple of 70 years expressed to me, “Marriage is made of hills and valleys.  The hills are no fun, but we have climbed hills together for seven decades”.  There is no greater sense of accomplishment than working together to overcome the hills- a team of two.

Planning together:  a trip, a new addition to the house, a health regime, a together goal.  Couples, who plan, conspire in decision making get along better.  Each one has an equal part in what happens- less chance for blame if the house addition turns out poorly or the trip is a disaster.  The process of collaboration brings excitement, anticipation.  Think about the last time you planned a trip together, the fun in scheduling what sights to see, places to eat, simply, anticipating the experience-together.

Ahh, marital counselors say this is a “must” in a relationship.  Communication is as much physical as verbal. The husband who helps with household chores, opens doors, shows consideration is communicating his love as much as the man who verbalizes, “I love you”.  Communication is achieved thru respect and regard.  The wife, who constantly interrupts her spouse as he talks, is not communicating her love.  Talking together is great; sharing the day’s activities is wonderful, but even better take time thru your actions to communicate your love.

Patricia Bubash received her M.Ed. from the University of Missouri, St. Louis.  She is a Licensed Professional Counselor, a Stephen Minister and the author of SuccessfulSecondMarriages.  As a school counselor for over thirty years, Mrs. Bubash had the opportunity to work with students and their families in a variety of situations.  It is this experience and knowledge that she utilizes in her writing.  She is an avid volunteer and observer of life!.

Enjoying Being a Newlywed as a Senior 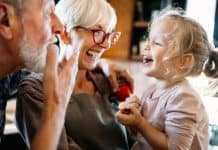 What To Know About Adopting Your Grandchildren 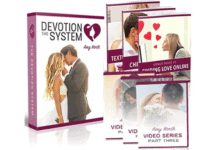 Tips for Dating Someone in Prison

From A First Date To Marriage: How To Build Strong Relationship