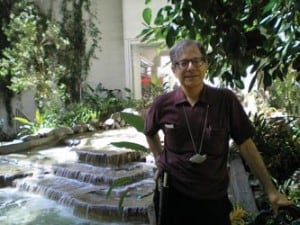 Does our society hold too narrow a view of what defines strength?

The things many would point to as indicators – youth, wealth, a fully capable body – fall short, says Charles Gourgey, a veteran hospice music therapist and author of Judeochristianity: The Meaning and Discovery of Faith (www.judeochristianity.org), a book that explores the unifying faith elements of Judaism and Christianity.

“Youth is ephemeral, abundant wealth is for just a few, and we all experience some kind of disability, usually at several points in our lives,” he says. “A car accident, the loss of a job or a home, grief over a loved one’s dying: such things can happen to anyone and easily destroy our happiness.”

Gourgey says some of the greatest strength he’s ever seen was demonstrated by certain of his patients facing imminent death.

“Some people have complete love and grace when facing death – it’s how they’ve lived their lives, and at the end of their lives, it’s what supports them,” he says. “Those who, at the end, are peaceful, grateful and confident share some common characteristics.”

• Their love is non-self-interested. When we have awareness of and deepest respect and reverence for the individuality of others, we overcome the high walls of ego and experience a tremendous sense of freedom, says Gourgey. He says he continues to be inspired by patients who cared more for the well-being of others, including their fellow hospice patients, than themselves while facing their own mortality. Non-self-interested love – loving others for themselves without expecting or needing anything in return – is the greatest form of love, he says.

• They had an unwavering faith that transcended religious dogma. Faith is the knowledge that there is more to life than the apparent randomness of the material world; a sense that we are known to a greater reality and will return to that reality. No matter what their religion, the patients who were most at peace with their life’s journey were those who had faith in something higher than themselves. The problem with many concepts of faith, Gourgey continues, is that people attach specific doctrines to it, which means some people will always be excluded. A unifying faith – that all people are connected and love is the force that binds us – allows for trust, compassion and caring.

• They were motivated by an innate sense of what is good. They didn’t get mad at themselves; they didn’t beat themselves up for mistakes they might have made in the past. That’s because they were always guided by their sense of what is good, and they made their choices with that in mind. That did not prevent them from making some bad choices or mistakes over the course of their lives, Gourgey says. But when they erred, they addressed the problem with the same loving compassion they extended to others. “Their compassion overcame even any self-hate they may have experienced.”

Many patients left lasting impressions on Gourgey, and taught him valuable life lessons. He remembers one in particular.

“She was in hospice, a retired nurse who had developed a rare, incurable disease,” he recalls. “She would go around every day, checking to see what she could do for the other patients. She fetched blankets for a 104-year-old lady who always complained of cold feet. She sat with and listened to patients who needed company and someone to talk to. She had an attentive awareness about her, like she was fully in touch with her soul.”

Gourgey was with the woman when she died.

“She was radiant, she just glowed. She kept repeating how grateful she was for her life,” he says. “It was as if the life of love she’d lived was there to transport and support her at the end.”

Charles “Carlos” Gourgey, PhD, LCAT, MT-BC, is a board-certified and New York state-licensed music therapist. He has more than 20 years of experience working in hospices and nursing homes, and for 10 years was music therapist for Cabrini Hospice in New York City. He has published articles on psychology and religion in various journals..

Tips for Getting the Most out of Your Compression Wear 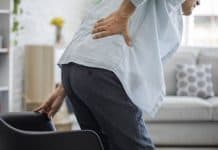 What To Do About Your Crippling Back Pain