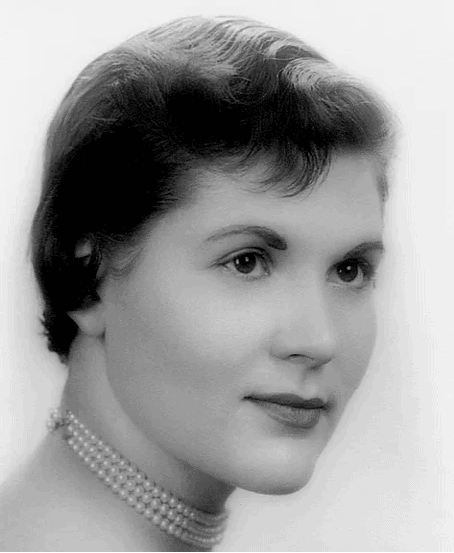 It was during a recent move to an apartment in Long Branch, NJ from her home of nearly 60 years that my mother, Madeline Forman, happened upon a box of dusty old phonographs.

These discs were her studio recordings from 1946 and of her singing at her own wedding reception in 1953.  When she informed me of her discovery, I could hear the nostalgia in her voice. She once possessed great potential as a young singer.  As a teenager she won a prestigious talent contest at the Adams Theatre in Newark, NJ. Previous performers at the Adams Theatre included Ella Fitzgerald, Duke Ellington, Tommy Dorsey, and The Andrew Sisters. My mother saved up her money and in 1946, at the age of 20, her first studio recordings were produced.

However, she had grown up impoverished in the projects of Newark, and consequently made the pragmatic and financially prudent decision to accept a job as a secretary to ensure immediate and steady income to better assist her family. Sadly, a promising singing career abruptly ended before the age of 21. All that remained were the 78 rpm discs that she had recorded and the thought of what might have been.

During the current global pandemic, I observed my mother listening to her old recordings, while reminiscing about a once bright, potential singing career that was never realized.  I knew that I had to act immediately.  My desire was quite clear.  I wanted to make an old dream come true.

Not knowing how to proceed, I reached out to my cousin, Howard Forman, a musician and record producer in Montreal, Canada.  He eagerly accepted the challenge of restoring and digitizing discs that were almost 75 years old.  He and my mother have a very strong connection despite geographic distance.  Howard’s life took a turn as an adult when his father chose to leave his mother after 60 years of marriage after she was diagnosed with Alzheimer’s dementia.  It was during this time that Howard felt my mother’s fierce protectiveness, love, and loyalty toward his mother.

“We need to make this happen for Madeline,” Howard said, “but I have to look into it because this is more difficult than producing modern music. It’s important to ensure that the quality of sound is protected so these tracks can be restored. I know from restoring archival audio from old tapes, discs such as these can only be played a few times before they start to degrade or disintegrate.  These recordings were on acetate, a highly brittle, and fragile material. I knew that playing them with the in wrong sized stylus (needle), or the improper weight of the tonearm on the turntable, could destroy them.  I asked industry friends to guide me towards a specialist and consequently we sent the disks to a studio in California for transfer. When I received the tracks I took them into my studio for noise reduction and sweetening. This made them more listenable and was done with care so as to not eclipse the original performance, which was quite beautiful. It was lovely to return Madeline’s loyalty towards my mother by using my odd skill-set to help bring her music to light.”

I am blessed to have two living parents in their 90s. My mother is 94.  My father is 98 and a proud U.S. Navy World War II veteran.  I realized that Howard and I were embarking on an endeavor that would bring great joy to my parents.  When my mother’s music was successfully digitized she was ecstatic.  Personally, I felt a great sense of relief with the knowledge that her music was now preserved.  As Howard stated,  “This time-capsule of sorts really touched those in my community of music professionals.  They felt it transcended the years instantly.”

When the project was completed, Howard posted one of my mother’s songs, “Don’t Take Your Love From Me”, on social media dedicated to individuals in the music industry (singers, musicians, engineers, producers, etc).   The response was overwhelming.  I cannot begin to describe how touched I was by the effusive praise from those with musical expertise.

I am so grateful to be able to present a gift that my mother had so long desired to share with others.  I hope that her songs will elicit fond memories in those who are familiar with her tunes.  I am also encouraged by the prospect that younger individuals may discover the music of Madeline Forman and develop an appreciation for a style of popular music from the past.

The music of Madeline Forman is available online at www.madelineforman.com and on Soundcloud at Shorturl.at/pPSZO.