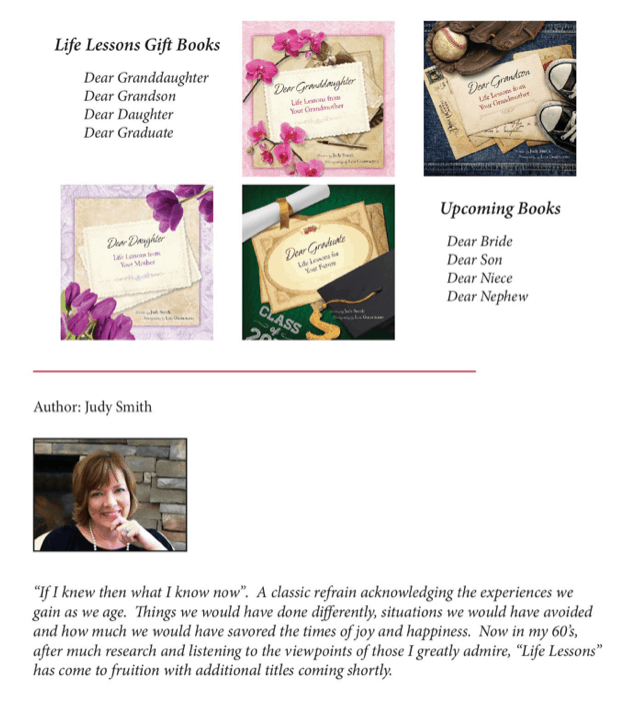 A Legacy Unrivaled: The Story of John Gagliardi by Boz Bostrom

A Legacy Unrivaled: The Story of John Gagliardi  by Boz Bostrom (Associate Professor of Accounting and Finance, College of Saint Benedict and Saint John’s University) is about one of history’s best educators. His name is John Gagliardi and he won more games in the history of college football than any other coach, ever. And although he has retired from coaching after 70 years on the sidelines, he still is teaching the most popular course on our college campus, Leadership Lessons. One of his former players is the Chief-Of-Staff for President Obama, and another is Tom Love, billionaire founder of Love’s Truck Stops. Both of them cite John’s influence in their success.

He used a most unique teaching style and had a huge role in the development of thousands of young men – men who now revere him and are better people because of his teaching.

“Vibes from the Screen: Getting Greater Enjoyment from Films” by Bob Moss, Northwestern University film professor.

“Braving It: A father, a daughter, and an unforgettable journey into the Alaskan Wild” by James Campbell, a Yale graduate who has won many book awards.

“Cuss Control: The Complete Book on How to Curb Your Cursing” by James V. O’Connor, who has appeared on 312 major TV shows including CNN three times, The Today Show, The Early Show, Oprah, and The View.

“I’m not from the South, but I got down here as fast as I could” by Tony Vanderwarker, whose hysterical memoir will keep you laughing for hours.

Does your dog wish you understood him better?

Max, a wise old standard poodle, is here to help! He’s teamed up with author/illustrator John Emmerling on Woofileaks, an illustrated tell-all exposé that leaks dozens of centuries-old canine secrets. Max breaks the Canine Code of Silence to reveal why dogs do the dozens of wonderful–yet puzzling–things they do. Having these answers will definitely make you a better person. At least… your dog will think so!

“Max has all the makings of a country music lyricist. If he could write a couple verses about trains and prisons, he’d be well on his way!” – Roseanne Cash, singer/songwriter, 4-time Grammy Winner

MAX hails from a long line of standard poodles and made thousands of canine pals of all breeds. Formerly of Manhattan via New Hampshire, Max now lives in John’s memory. JOHN Emmerling is the author of 1991 It Only Takes One (Simon & Schuster), a title that has recently been reissued by the publisher. An award-winning copyeditor, Emmerling founded his own ad agency, and today lives in Manhattan. For more information: www.emmerling.com.

Cry into the Wind by Othello Bach

Othello Bach’s stirring memoir, Cry into the Wind, recently acknowledged by the Indiana Public Library Association as being one of the ten best books, reveals her heartbreaking, yet inspirational story of how she rose out of an against-all-odds childhood, one that left her in a two-day coma after attempting suicide. Despite growing up in an Orphanage where she didn’t learned to read until the 8th grade, she sold her first bestselling novel to Avon Books at the age of 24. She went on to write her first children’s book, Whoever Heard of a Fird, which was another best-seller that led to over 100 licensing deals which included a line of toys by Remco and a television development deal with Hanna-Barbera. She also wrote three dozen songs that were recorded by stage and screen stars, including Joel Grey, Tammy Grimes, and Sandy Duncan!

From the heart and soul of a lifelong OCD and anxiety sufferer, combined with the expert mind and experience of a leading clinical psychologist, Trigger Press Publishing are proud to introduce the simple, yet highly effective, self-help method of Pulling the Trigger. This publication is a definitive survival and recovery approach for OCD, anxiety, panic attacks and related depression.

In Part I we follow Adam’s desperate lifelong struggle with OCD, anxiety, panic attacks and related depression, leading him to the brink of suicide. We witness the painful, despairing journey of a young man who never really understood the illness tormenting him until Lauren came into his life and changed his world forever. Sufferers with any type of mental health condition will identify with Adam s suffering and the daily struggles of his condition. Lauren s wisdom, innovative and compassionate approach in leading Adam to recovery is captured perfectly as she provides valuable insight into why and how he struggled with his condition and what needed to be done to ensure his path to recovery and beyond.

Part II is Pullingthetrigger®, the definitive survival and recovery approach for OCD, anxiety, panic attacks and related depression. This is an innovative, user-friendly self-help approach to support and guide mild, moderate and severe sufferers to a place called recovery and beyond.

By purchasing this product, you will make a huge difference to sufferers around the world with mental health issues. All Pullingthetrigger® products have substantial enterprising and philanthropic value which generate contributing proceeds towards the global mental health charity, The Shaw Mind Foundation. www.shawmindfoundation.org 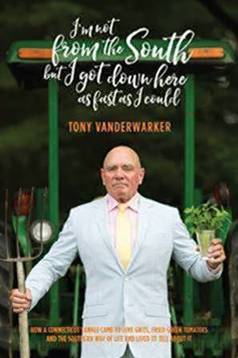 Radical Relocating:  A northern big-city executive joyfully reflects on his move to the Virginia countryside

Losing a job you love, selling your beautiful home in a vibrant city, and leaving your friends behind to move your family to an entirely different environment can be traumatic. It could also be the best decision you ever made.

That’s what Tony Vanderwarker, an Ivy League-educated advertising executive living a sophisticated life in fast-paced Chicago, discovered when he relocated to rural Virginia. He shares his life-changing experience in his new book, “I’m Not from the South but I Got Down Here as Fast as I Could.”

“I perceived the South to be a foreign land where people talked funny, drank moonshine, and considered it fun to watch NASCAR racers drive in a circle for hours,” Tony says. “I wasn’t excited when my wife Anne arranged a visit her parents who recently retired to the small town of Keswick, Virginia, but I was taken by the spectacular scenery and the town’s laid-back charm.”

His in-laws introduced them to friendly and interesting people and a few eccentric ones.  They explored the area including nearby Charlottesville, a world-class city. He was sold. They settled in Keswick in 1993.

“It wasn’t easy at first,” he admits. “We bought a house in need of major updating, and the contactors were in no hurry. Our children were not happy.   And despite being close to her parents, Anne was not adjusting well.  But once she and our kids made friends and we got involved in the community, everything was great.”

He developed a political campaign for a woman running for Albemarle County supervisor. She won against all odds on a platform to control development and preserve the natural beauty and historic character of the region.  Later he joined a conservation organization, the PEC, serving on the board for 12 years, six as the chairman. He became a witty and popular columnist for the monthly Keswick Life.

“I changed from a snobby and cynical Yankee into an easy-going, grits and hominy-loving Southerner.”

Anne, with her colorful artistry, became a sought-after flower arranger. She made videos of her work, placed them on her website, and began making presentations. Before long, she was speaking once a month up and down the Eastern Seaboard.

Their son became a high school football and lacrosse star. Their daughter excelled in academics and acted in school plays.

Among their circle of friends was best-selling author John Grisham, who advised Tony on how to write novels.

In addition to his personal story, “I’m not from the South” includes local history dating back to Thomas Jefferson. His book has plenty of anecdotes, stories and gossip about the characters who define Keswick, and he delights in describing some unusual traditions and fun social events.

Hilltoppings, for example, take place on the summer and fall Saturdays when there is a full moon.  As many as a hundred cars line up on a hilltop to watch the sun go down. The people unload tables and chairs and vast quantities of food and beverages. They mingle as they party, sharing their barbecue ribs, corn bread, sweet potato pies, beer and wine.

Tony  conveys how much grace and joy there is in a simpler way of life, but tells a series of hysterical stories about country living—confronting snakes and yard-destroying moles, his failed attempt to rid the roads of reoccurring potholes, the elaborate steps needed to prepare for stormy power outages, and problems building his dream house.

He is candid and self-effacing in relating a number of common annoyances, such as his claustrophobic experience in a MRI tube, trying to find something in Anne’s purse that contains more items than a drugstore, Anne’s neat-freak obsession, and dealing with the physical and mental consequences of aging.

He concludes by saying that when you move to an area unfamiliar to you and your family, you need to make friends and get involved.

Tony has tips for you:

1. Don’t hole up in your house. Get out, mingle and meet people.

2. Get your spouse out, too. If you have kids, even better.

3. Don’t make a big deal about what you did previously. Play it down.

4. Find something in the community that interests you and get involved.

5. If you have a specialty or skill, offer it up gratis.

6. Get involved with local sports. Everyone goes to games, a great way to meet people.

7. Offer to write or report for the local paper.

What Is EMDR Therapy?