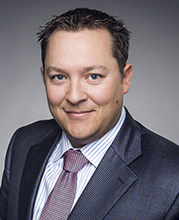 Retirement can open up a whole new way of life for Americans ready to bring their working years to an end, but at least one thing doesn’t change.

The IRS still keeps a watchful eye on your income – including whatever amount you’re pulling from the IRA or 401(k) that you spent decades building into a nice, hefty nest egg.

Uncle Sam has been waiting for years – possibly decades – to tax that money because the deposits you made were pre-tax, meaning you weren’t taxed on the income you contributed to the accounts.

That tax-deferral system works well – until retirement time arrives and you need the money.

“When you defer taxes, eventually it catches up with you,” says Gary Marriage Jr., CEO of Nature Coast Financial Advisors (www.naturecoastfinancial.com). “Suddenly, your IRA or 401(k) isn’t worth as much as you thought because every withdrawal you make potentially can be taxed.”

But there’s an answer and, with President Donald Trump and Congress looking at tax cuts, now would be the time to take advantage, Marriage says.

Those traditional IRA and 401(k) accounts can be converted to a Roth IRA, which isn’t taxed when withdrawals are made. That doesn’t mean you’ll avoid the taxes, Marriage says, because you’ll pay them when you make the conversion. But when you reach retirement, you’ll be able to make withdrawals the rest of your life tax free.

“Taxes are about to be on sale,” Marriage says. “Over the next four to five years, your tax bracket is probably going to be as low as it ever will be.”

He says some facts worth knowing about Roth conversions include:

• Space out the conversion. Most people wouldn’t want to take the tax hit all at once, and you don’t have to. You can transfer the money into a Roth in increments over the course of a few years. So if, for example, you space out the conversion over five years, then the tax is spaced out over five years as well. A few factors determine how much you can convert the first year, but Marriage says about 40 percent of the people he has worked with were able to convert half of it in the first year.
• The age to do it. A conversion can be done regardless of the account holder’s age, but Marriage says it’s his experience that people 59 ½ to 74 benefit the most.
• Start with a Roth if possible. Some employers now offer a Roth 401(k) as an option. Employees should take advantage of that, Marriage says. They won’t get to defer their taxes on the portion of their income they contribute to the account, but the interest grows tax free and they’ll avoid taxes come retirement time.

Marriage says he recently did a conversion for a client where he had calculated that if the client lived to be 90, they would have paid nearly $1 million in taxes on IRA withdrawals.

Gary Marriage Jr. is the founder and CEO of Nature Coast Financial Advisors (www.naturecoastfinancial.com), which educates retirees on how to protect their assets, increase their income and reduce their taxes. Marriage is a national speaker, delivering solutions for pre-retirees, business owners and seniors on the areas affecting their retirement and estates. He is an approved member of the National Ethics Bureau, and has been featured in “America’s Top Hometown Financial Advisors 2011” and was selected to contribute to a book with Steve Forbes titled, “SuccessOnomics: Power Principles.” Marriage is also the founder of Operation Veteran Aid, an advocate for war-time veterans and their families. 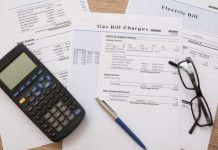 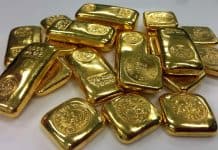 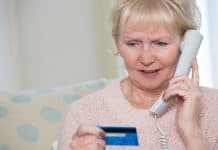