A report from the University of California has found that 61 percent of medical marijuana patients begin using cannabis to treat health conditions after the age of 60. These findings tend to be surprising to many, who might believe that cannabis consumption is a young person’s pastime and that cannabis treatments are more attractive to those who are more accepting of the drug’s medical applications.

However, the truth is that cannabis is most effective at managing conditions that tend to afflict seniors of a certain age. Why are older adults suddenly using cannabis around the country, and is it safe for the elderly to consume? Read on to find out.

The vast majority of seniors these days are baby boomers, who grew up in an era when anti-cannabis propaganda was rife. Cannabis was variously thought to cause short- and long-term memory problems, violence and criminality, laziness and even death; at best, it led users to more dangerous narcotics as a “gateway drug.” Though some counter-culture boomers sampled weed in the 1960s, most of the generation have remained staunchly against any kind of recreational drug consumption for their entire lives.

However, the boomers’ long-held stigmas against cannabis have faded in recent years. Studies on attitudes toward cannabis have found that over 94 percent of Americans support legal access to medical marijuana, and among older adults (defined as 65 and up) cannabis consumption is increasing in prevalence. There are likely a few reasons for this seemingly sudden shift in sensibility.

For one, AARP has declared its support for medical marijuana use among older adults. Comprising over 38 million members, AARP holds significant sway over senior lifestyles and care because so many seniors look to the organization for guidance.

For another, advancing age tends to bring an increase in health concerns, any of which can be adequately addressed with cannabis. Unlike other medications, cannabis is natural, which many boomers appreciate, and it has been shown to have few adverse health effects. Cannabis treatments are fully customizable, meaning that individuals can take cannabis compounds in methods they prefer — inhalation, ingestion, sub-lingually, etc. — and in doses they prefer. Ultimately, cannabis is attractive because it gives the patient full control over their treatment.

Seniors tend to experience a larger number of health concerns — and a good number of those concerns can be addressed with cannabis treatment. Some of the most common health conditions treated with medical marijuana include: 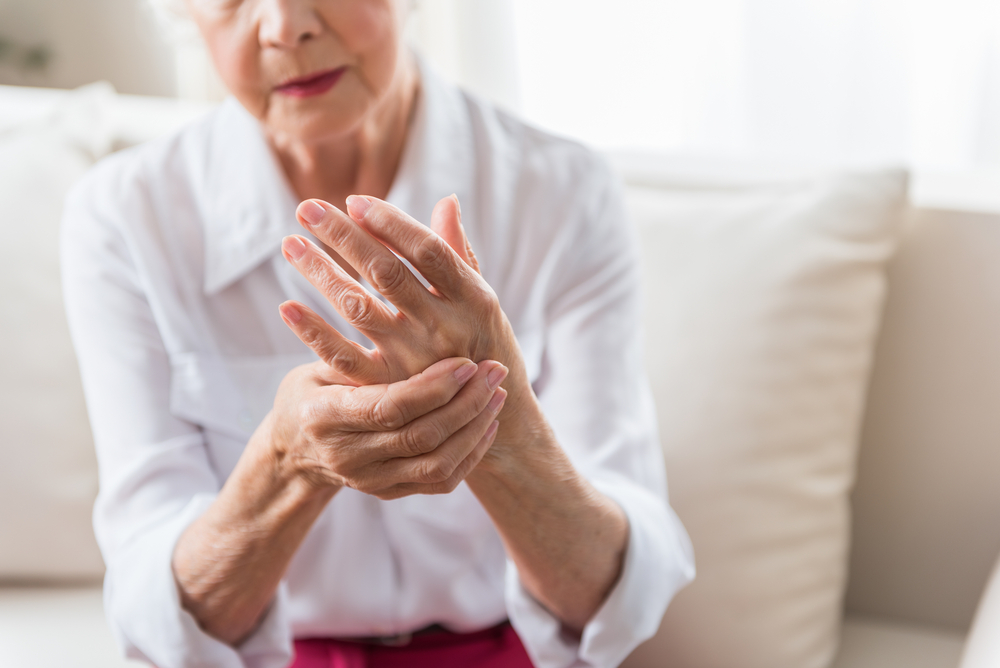 Chronic pain. Arthritis and osteoarthritis are typical among older adults, whose joints have worn down over the years. In one survey, 79 percent of adults 65 and up experiencing chronic pain from arthritis claim that cannabis reduced pain and made their condition more manageable.

Cancer. Side effects of cancer treatment, like nausea and loss of appetite, are associated with worse outcomes, but THC has been shown to eliminate nausea and encourage a healthy appetite. Seniors are more likely to receive a cancer diagnosis, so having access to a safe, natural appetite stimulant can be important.

PTSD, anxiety, insomnia. Mental health is incredibly important to seniors, whose mental outlook can affect their physical experience. Though depression doesn’t seem to be helped by cannabis consumption, research is more promising for PTSD, anxiety and insomnia.

There are a number of other health conditions that doctors, patients and researchers believe are mitigated by cannabis treatment. Interested patients should talk to their providers, especially in states with legal medical marijuana dispensaries like Arkansas.

Risks and Side Effects to Seniors

Though cannabis is natural, customizable and safe — and though cannabis doesn’t produce the effects once thought, like violence or memory problems — there are some good reasons why seniors shouldn’t thoughtlessly start wantonly consuming cannabis to manage a health condition. Though medical cannabis is typically well-tolerated by seniors in good health, there are some side effects worth considering, such as:

Medication interactions. Cannabis doesn’t treat everything, and many seniors rely on various medications to keep various health concerns in check. Unfortunately, compounds in cannabis might interfere with the efficacy of other drugs. Blood thinners and anti-seizure medications are known to interact with cannabis, but patients should talk to their health care provider about any concerns.

Cardiac health. Cannabis can have an effect on the workings of the cardiovascular system. At higher doses or in patients with low tolerance, cannabis compounds can increase heart rate and wreak havoc on blood pressure. Thus, seniors might want to investigate their cardiovascular health before beginning with medical marijuana treatment.

More seniors are using weed than ever before — and that might be a good thing. Seniors should question their attitude toward medical marijuana and perhaps approach their healthcare provider about the benefits and risks of adopting a cannabis treatment plan today.