Cancer misdiagnosis can have devastating consequences. So why does cancer in the elderly get misdiagnosed so often? We’ll be tackling that important question in the following post…

Receiving a cancer diagnosis is one of the most difficult experiences anyone can go through. No matter what type or how serious the diagnosis is, the news is likely to come as a major blow.

What are the Reasons for Cancer Misdiagnosis in the Elderly?

As there are a vast number of different cancers, which are all likely to share a range of different symptoms with each other and other unrelated illnesses, it is common for medical professionals to make diagnostic mistakes. Common cancers, such as breast, lung, pancreatic and colorectal cancer, are among the most commonly misdiagnosed.

There are a number of reasons that explain why this might happen, including:

When it comes to cancer misdiagnosis in the elderly, there are two important factors to take into consideration. It’s highly likely that cancer misdiagnosis among the elderly is higher when compared to younger patients due to the various health issues older people naturally experience. This means it’s much easier for a doctor to misinterpret the symptoms of cancer, mistaking it for something that frequently occurs in older patients and is less serious.

It’s also possible for this to work the other way round. For instance, because cancer is much more common among elderly people, there’s a high risk that a doctor will misdiagnose certain symptoms as cancer when, in reality, this isn’t the cause.

Why is Cancer Misdiagnosis Such an Issue?

Cancer misdiagnosis can have a number of negative effects:

If certain cancers are identified at an early enough stage, they can be effectively treated so that a patient is able to make a full recovery. Misdiagnosis is likely to cause an unnecessary delay, which could mean the difference between someone making a recovery.

Every type of cancer will require a specific course of treatment, depending on where it is in the body, the age of the patient, and how serious it is. If a cancer is misdiagnosed, there’s a chance that a patient will receive an incorrect course of treatment that’s ineffective in treating their cancer.

Certain treatment for cancer, such as radiotherapy and chemotherapy, can take an incredible toll on the body. For that reason, these treatment options are carefully considered and only used in certain situations, such as where the cancer cannot be immediately removed via surgery. Being put through something as serious as radiotherapy and chemotherapy when it’s unnecessary can be devastating.

What Steps Can Someone Take if They’ve Experienced Cancer Misdiagnosis?

If someone believes that they have received misdiagnosis for cancer, the first step should always be to get a second opinion. This will give someone peace of mind that two medical professionals have properly reviewed their case, and both agree on the right course of action moving forwards.

If the misdiagnosis has already taken place and has had a detrimental impact on someone’s health – or even led to a fatality – then the medical professionals responsible may be guilty of medical negligence.

In these situations, it may be possible to take legal action to claim compensation for damages. Of course, this will be context dependent and will require the expertise of an experienced medical negligence solicitor.

Are there Any Examples of Cancer Misdiagnosis?

There have been countless examples of cancer misdiagnosis over the past few years, effecting people of all ages:

In January 2021, it was reported that a care home worker had gone through 18 months of extensive oral chemotherapy to treat a rate form of blood cancer – only to learn that she didn’t have cancer at all.

Janice Johnston said that she experienced severe weight loss, nausea and bone pain and understandably had to give up her job as a care home worker as a result.

It was only after she sought a second opinion when the treatment wasn’t working that she learned she didn’t have cancer at all. She was awarded £75,950 in damages.

A woman in her late 60’s tragically died after an NHS consultant advised her that a tumour in her head was ‘swimmer’s ear’, having given her ear drops to treat it.

An investigation after her death in 2015 found that she had a 90 to 100 percent chance of surviving had the cancer been correctly identified.

Her husband won thousands of pounds in compensation in an out of court settlement.

In 2013, Diane Howell, 61, died from pancreatic cancer after previously visiting her GP surgery 11 times over an eight-month period to complain about back pain.

After being taken to A&E, the cancer was finally diagnosed. She died two months after this diagnosis was revealed.

The following year, the Deputy Prime Minister at the time, Nick Clegg, said he would launch an investigation into why the cancer was missed so many times by her GP.

Are You Worried About a Cancer Misdiagnosis?

In this post, we’ve taken a closer look at cancer misdiagnosis in the elderly, why it can occur and what the potential effects might be.

Have you or a loved one ever been affected by a cancer misdiagnosis? If you’ve got any advice for anyone in a similar situation, feel free to leave a comment below.

Please be advised that this article is for general informational purposes only, and should not be used as a substitute for advice from a trained medical professional. Be sure to consult a medical professional or healthcare provider if you’re seeking medical advice, diagnoses, or treatment. We are not liable for risks or issues associated with using or acting upon the information on this site. 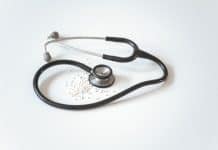 Dental hygiene tips for your toddler!

Hearing Loss as You Age: Common Causes and Treatment Options

How to Fight Addiction At an Old Age