Wheat, an important ingredient in healthy eating is a grain that has been accompanying humans for centuries, grown on different continents, known and used by different cultures.

In the far east it is known in traditional medical systems for strengthening and cleansing the body, nourishing the mind. Widely used in Western civilizations, it is like our cultural and dietary heritage.

Before it is ground into flour, it may contain a lot of micronutrients, especially if the crop was grown on fertile soil rich in minerals. Such whole grains contain vitamins and valuable oils, as well as nutritious plant ingredients that increase the body’s resistance – all that is necessary for healthy eating. Unfortunately, all these valuable components are lost in the refining process, i.e. purification of ground beans in order to obtain a white flour, which currently produces the vast majority of bread, cakes and donuts.

To fully realize the role that wheat can play in our diet, let us consider two minerals, which unfortunately are lost in the flour cleaning process.

Wholegrain wheat flour is one of the richest sources of selenium. Its content is particularly high in the case of grains grown on selenium rich soils. A number of studies were conducted, based on demographic data, looking for a correlation between the occurrence of various diseases (including cancer) and the selenium content in the soil on which the food was produced. In areas with high selenium content, the rates of disease were significantly lower.

Magnesium deficiency is one of the least-diagnosed deficiencies. It is estimated that 70% of the population, whose diet is predominantly highly processed (refined) products, is characterized by a deficiency of magnesium, although it is easy to replenish.

In many economically less developed countries, people take large amounts of magnesium by eating legumes, fresh vegetables and, above all, whole grains and seeds. The right level of magnesium in the body is crucial for healthy eating. It restores the body its natural balance (vitality) and is crucial for the proper functioning of the liver and gallbladder.

A very important function of magnesium is its ability to “push calcium out of the soft tissue into the bone. Numerous scientific studies prove that without the presence of this mineral, regardless of the amount of calcium delivered to the body, not one of its particles will penetrate the bone. This may lead to osteoporosis (bone loss) – a disease more and more often found especially in the west.

In addition, excess calcium in soft tissues also has its negative consequences. It can lead to an increased risk of degenerative diseases of the kidneys, heart and vascular system. This is due to the calcification of the blood vessels that can lead to atherosclerosis. That is why it is so important to allow the body to “push calcium out of the soft tissue to the bone, which is very helpful (it is even necessary) magnesium.

Why do we actually process wheat?

One can wonder why people decided to clean wheat at all? Namely, because refined foods are lighter to digest, sweeter and easier to chew. Often they can also be kept longer on store shelves. As you can see, it is convenient for both consumers and food producers. Unfortunately, during this process, in addition to a noticeable bitter taste, we also remove from the cereal the whole spectrum of beneficial minerals and vitamins.

Paradoxically, they are later added to animal feed or dietary supplements, but in the latter case you already know that their beneficial properties are the most effective when consumed with other minerals – a composition available in natural, full-blown grain. 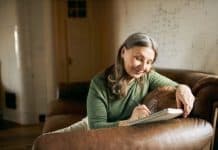