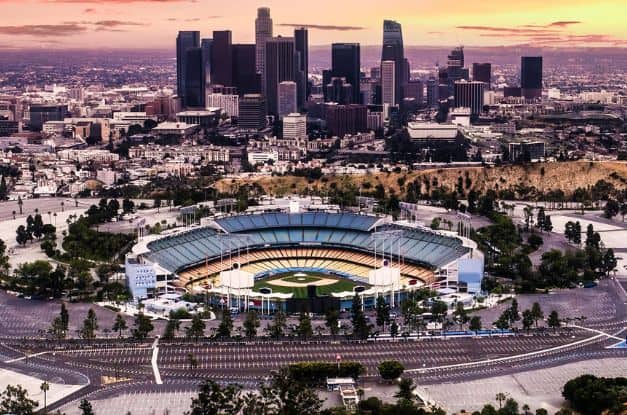 Throughout his Hall of Fame career, Vin Scully made baseball games fun to listen to and watch. He would captivate you with a story during a blowout of a 7-0 ballgame, but you’d stay until Vin was done sharing his tale. While there are countless memories of him on the call, these were Vin Scully’s most memorable calls.

Scully’s voice is synonymous with baseball; however, one of his greatest calls came on the gridiron. Scully was on the microphone for the 1982 NFC Championship game between bitter rivals, the San Francisco 49ers and Dallas Cowboys.

As time was winding down and Joe Montana was feeling the pass rush from the Dallas defense, he tossed it to the back of the end zone to jump Dwight Clark for six. After the touchdown, Scully stayed silent for 30 seconds, letting the moment sink in for the viewing audience.

When you think of New York Yankee greats, Don Larsen might not even crack the top 100. However, in the first game of the 1956 World Series against Scully’s beloved Dodgers, Don Larsen was the greatest Yankee of all time, throwing the first and only perfect game in postseason history.

Scully called an additional two perfect games when Sandy Koufax and Dennis Martinez accomplished the feat. Billy Chappel’s perfect game in the film For the Love of the Game can also count if you desire.

“Behind the Bag; It Gets Through Buckner” – 1986 World Series

The entirety of the 1986 World Series seemed like it was a script for a WWE pay-per-view. All the drama seemed to fit together to create one of the most dramatic World Series in the game’s history.

With the Red Sox on the verge of breaking the “Curse of the Bambino,” a harmless groundball by Mookie Wilson slipped through the legs of Bill Buckner, causing pandemonium in Shea Stadium as the New York Mets won the game, and eventually, the series the following night.

Kirk Gibson had a career year in 1988, winning the MVP award despite not being an All-Star. In the previous series against the Mets, Gibson injured his left hamstring and right knee from sliding in different games, causing him to sit on the bench for Game One of the World Series against the Oakland Athletics.

With two outs and a man on first base, Gibson hobbled out of the dugout to hit for the pitcher. And he must have had the right bat because he took Hall of Fame reliever Dennis Eckersley deep to rightfield for a game-winning home run. Gibson pumped his fists while rounding the bases as Scully painted a picture with his words.

If you know the vitriol Roger Maris received when chasing Ruth’s single-season home run record, you can only imagine what Henry Aaron got when he was inching closer to the career mark. As Scully put it best, “A Black man is getting a standing ovation in the Deep South for breaking the record of an all-time baseball idol.”

Hopefully, you enjoyed a trip down memory lane of Vin Scully’s most memorable calls. A legendary career for a legendary broadcaster.