Most family members have no experience or training in caring for a loved one. As a long-time in-home nurse, who frequently interacts with Parkinson’s disease patients and their families, I thought I knew exactly what to expect when my mom, Ruth, was diagnosed with the disease in 2007. For me, it was second nature when I began to realize my mom was experiencing some of the telltale symptoms of Parkinson’s disease, such as rigidity and slowness of movement, before her neurologist confirmed the diagnosis. However, as my mom’s disease progressed I learned even I was unaware of a very common course of the disease.

As a nurse, one of my roles is to explain what patients and their families can expect as the disease takes its toll. Parkinson’s disease, which affects one million Americans, is a chronic and progressive neurodegenerative disorder characterized by the loss of dopamine-producing brain cells. Common motor symptoms include tremors, limb stiffness, slowness of movement, and impaired balance and coordination.

As a daughter, I never expected that I would become a caregiver for my mom, which is completely different than caring for one of my patients. At first, my mom initially managed her condition fairly well using her walker and staying in touch with her family and friends. But about a year after my mom’s diagnosis she told me she saw a group of people doing Tai Chi in her backyard every morning, which sounded odd, and claimed to see mice in her home, though an exterminator could find no evidence of any rodents. She also worried excessively about her grandchildren’s safety in her home, when in reality they were never there.

At the time, I believed my mom since these events sounded like things that could actually take place. What grandmother wouldn’t worry about her grandchildren’s safety? But as the visions became more frequent, I eventually realized that my mom was experiencing hallucinations and delusions.

Even though I have had plenty of experience working with patients with Parkinson’s disease, it became frustrating and stressful to care for my mom because I couldn’t always convince her that the visions she saw weren’t real. My mom was often scared of the hallucinations and delusions and they also made her mad because she felt like the visions and the people she saw invaded her privacy. To make her feel safe at night, my daughters and I would take turns sleeping in my mom’s home to reassure her. The hallucinations and delusions started to take a toll not only on her life but on mine as well. 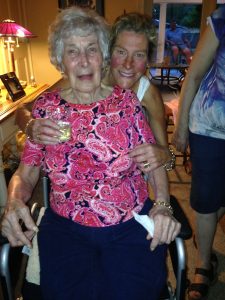 About a month on the medicine, my family and I began to notice a change in my mom. Her hallucinations seemed to happen less frequently and when she did have rare vision she understood that was she was seeing was not real.

My mom’s journey with PDP has taught me there is a large knowledge gap when it comes to PDP awareness in the healthcare space. I’m sharing my story in the hopes of reaching other caregivers in similar situations to let them know they are not alone and the importance of having an open dialogue with your doctor about all symptoms to ensure your loved one is getting the care they need.

For more information about the common signs of hallucinations and delusions your loved one may be experiencing and treatment options, visit http://caremap.parkinson.org/ 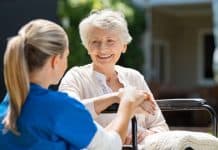 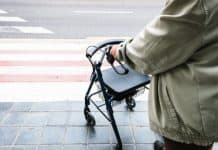 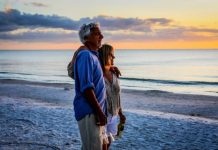