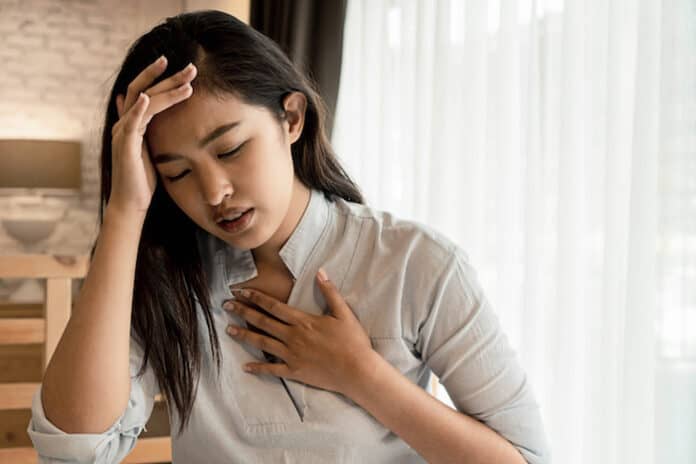 A collapsed lung occurs when the air pressure outside the lung, called the pleural space, is greater than what’s within the lung. Due to this pressure difference, the lung is unable to expand as it should when breathing in. Symptoms can include (but aren’t limited to) shortness of breath, tightness of the chest, and rapid heartbeat.

The collapse can either be partial, called atelectasis, or, more frequently, total, called pneumothorax. Under the latter, there are two kinds: primary and secondary spontaneous pneumothorax (SP).

Together, SP occurs among 13.3 males and 3.0 females per 100,000 people in the U.S. Either way, struggling to perform respiration, a collapsed lung can be life-threatening if not treated right away. Treatment usually involves siphoning air out of the pleural space with a needle through the chest. Minor cases, on the other hand, resolve themselves without intervention in a matter of time.

If you suffer from a collapsed lung, it’s essential to know the triggers. Here’s an in-depth look into the four most common causes:

Multiple studies have determined that lung diseases, like COPD and pneumonia, increase the risk of SP. As you know, these diseases result from a slew of unhealthy habits, mainly heavy smoking. The SP risk for a person who smokes more than 25 sticks a day is over a hundred times more than one who doesn’t smoke at all.

One attribute most lung diseases share is the development of lung blebs and bullae. Blebs are air-filled blisters that grow on the lungs’ outer layer, acting as an avenue for air to leak out. Meanwhile, bullae are air-filled cavities within the lungs, generally created by several adjacent blebs.

Blebs and bullae are more common than you think, as even a person with a clean bill of health can have them. As the lung wall is only 1 to 2 mm thick, it won’t take many ruptured blebs to result in a pressure imbalance and, eventually, lung collapse.

Treating these abnormal growths not only requires restoring the proper balance between the lungs and pleural space, but also dealing with the disease itself. However, it’s not easy, given that some illnesses are left underdiagnosed when the symptoms haven’t manifested. As a result, finding the root cause of blebs and bullae can be delayed.

It doesn’t take much force to inflict severe damage to the lungs. A well-placed shock from getting mauled by a troublemaker or a car accident can shake up the delicate tissues, even rupture the wall. Researchers in Turkey found that a quarter of deaths caused by road mishaps stem from thoracic injury or its complications.

Lung injury can either be direct or indirect. Some examples of direct lung injury include:

On the other hand, indirect lung injury can include the following:

Typically, such injuries are discoverable upon being admitted to a hospital or clinic. While there’s no specific test to determine lung trauma, there are ways to look into the lungs’ current state, such as x-rays and computerized tomography (CT).

While rare and more likely to happen to people with lung disease, the use of ventilators can cause a total lung collapse. Some doctors consider collapsed lung caused by invasive procedures, such as ventilators and surgery, as iatrogenic, a subset of SP.

Anyone who has ever undergone a ventilator can attest that it can be an uncomfortable experience. Tubes go through a patient’s nose to the stomach, and even down the windpipe to help in breathing. Even after the ventilator gets taken off, the patient will struggle for the first few days in normalizing their breathing.

Despite the risk of total lung collapse, ventilators are still necessary for treating gravely ill patients. In such cases, the American Thoracic Society recommends placing a chest tube to expel air leaking into the pleural space. Once the lungs start expanding and contracting as they should, doctors can remove the chest tube.

Even more uncommon is, perhaps, passing down the collapsed lung trait from one generation to the next. Scientists found that mutations in the FLCN gene make this possible.

Abundant in most tissues in the body, the FLCN gene provides instructions for making folliculin. The scientific community at large isn’t still sure as to the role folliculin plays, but they believe it’s responsible for suppressing tumor growth. They also think that it’s also essential for repairing and reforming lung tissues upon suffering damage.

Scientists have identified at least eight mutations associated with the gene, although they’re unsure how these mutations work. A widely accepted theory is that folliculin made with a mutated FLCN can trigger inflammation in the lungs, resulting in blebs. Despite evidence linking genetics and lung collapse, the prevalence of such cases is, still, unknown. In this case, doctors consider these to be PSP as the causes aren’t entirely determined.

Whatever the cause, a collapsed lung is grim news. The human body—not just the lungs—requires a consistent supply of oxygen to perform its functions. From the brain to the immune system, every cell synthesizes oxygen from the air and dumps carbon dioxide. Without a healthy pair of lungs to do these things, the body will eventually stop working.

When you feel a shortness of breath, or you’re getting tired too quickly, see your doctor right away. It may or may not be a collapsed lung, but it pays to be sure. The sooner a doctor can take a closer look, the sooner they can deliver treatment. 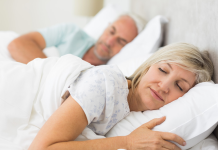 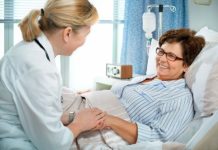