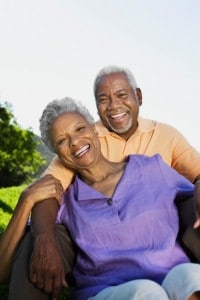 There has been a lot of confusion in the media lately regarding when and how often a woman should get a mammogram to check for breast cancer. But for older women, it’s simple: Women ages 50 to 74 should get a mammogram at least every two years, according to Dr. Richard Frank, who serves as medical director for WellPoint’s affiliated Medicare products. Even women 74 and older may want to continue getting a mammogram every two years, depending on their health and doctor’s recommendation.

Breast cancer occurs when cells within the breast tissue divide and grow abnormally. Except for skin cancer, it is the most common cancer in American women. An estimated 2.8 million women are currently living with breast cancer in the United States. It can be deadly, accounting for about 40,000 deaths in 2013.

Mammography screening helps identify breast cancer early before there are symptoms, which lowers the risk of dying. The five-year survival rate for people who discovered breast cancer when it was still “localized” is nearly 99 percent.

Frank says the risks of getting breast cancer increase as women age. One out of eight invasive breast cancers are found in women under age 45. In women 55 and older, that number jumps to two out of three breast cancers. Mammograms have been shown to lower the risk of dying from breast cancer by 35 percent in women over the age of 50. Medicare covers the cost of a mammogram screening once every 12 months.

“Mammograms aren’t perfect, but they are the best tool we have in detecting breast cancer early when it’s most treatable,” Frank said. “Preventive care mammograms are covered by Medicare at no extra cost and they generally take less than 20 minutes. Considering the prevalence of breast cancer in older women, it’s one of the best things they can do for their health.”

Medicare Advantage (MA) plans, such as those affiliated with WellPoint, frequently send reminders to their members about the importance of getting a mammogram. Some even provide their members with a reward for completing the screening.

Frank suggests women return to the same place, when possible, to get their mammograms so current and past screenings can be compared. Additionally, he said patients should let no more than 10 days pass before following up with their doctors and should never assume results are negative, just because they haven’t been contacted.

Although there are many reasons why a woman gets breast cancer, including some outside of her control, Frank says certain lifestyle changes can help reduce risk. He recommends women take the following preventive actions.

Get exercise. Some MA plans include a free gym membership to encourage exercise.

Keep a healthy weight, especially later in life. Local social services organizations may be available for those who need help finding nutritious meals. To check for these resources, visit www.benefitscheckup.org.

Limit alcohol. Medicare offers counseling to those who need help to quit drinking.

Don’t smoke or quit if you do. A recent study by American Cancer Society found that current smokers had a 12 percent higher risk of breast cancer than women who never smoked. Medicare covers smoking cessation products for those who need them.

Talk to a doctor. Finally, and perhaps most importantly, Frank reiterated how critical it is to talk to a doctor about getting regular mammograms.

This information is intended for educational purposes only and should not be interpreted as medical advice. Please consult your health care provider for advice about treatments that may affect your health.