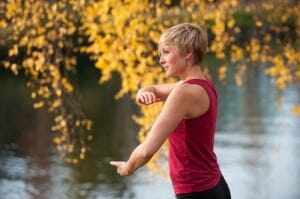 Tai chi is among several kinds of Chinese martial arts that have gained popularity in the U.S. Its origins are unclear, but its health benefits are well-documented and not just for mixed martial arts enthusiasts. Modern use of tai chi is known to help maintain or improve overall fitness and flexibility. And as most physicians recommend, movement is key to overcoming a variety of ailments, both physical and emotional.

Reporting on findings from the National Health Interview Survey, Medical Daily says about 250 million people worldwide regularly practice tai chi. In China, it’s common to see groups of tai chi adherents practice in parks during the early morning hours. In the West, it’s often recommended as a physical therapy based on traditional Chinese medicine for patients with Parkinson’s or cardiovascular disease.

Tai chi also offers preventive benefits. A report in Prevention indicates that the exercise may slow the aging process. A study from Taiwan’s Center for Neuropsychiatry at China Medical University Hospital found more CD 34+ cells, which increase self-renewal in blood stem cells, in a group of volunteers who practiced two hours of tai chi each week. Because cell renewal lessens with age, it’s thought that increasing the number of these CD 34+ cells will extend the life of key organs. Tai chi also improves blood flow, another important part of cellular health.

You can study and practice tai chi and other Eastern-influenced fitness programs at home on your own schedule. Online exercise videos are easily accessible and feature the latest techniques presented by respected authorities in the field, including David-Dorian Ross, the only American to win gold, silver and bronze medals in international tai chi competitions.

It’s hardly unusual (and quite understandable) for patients suffering from a physical disease to be clinically depressed as well. Patients with heart disease are at a particularly high risk to develop depression, which itself is a risk factor for heart disease. Research from the University of Manitoba reported in the Canadian Journal of Cardiology says depression can increase post-operative complications in patients recovering from heart surgery. As many as 47 percent will become depressed, a rate higher than what is seen among nonsurgical heart patients. Inactivity makes the depression even worse.

According to the National Center for Complementary and Alternative Medicine (NCCAM), tai chi is a relatively safe practice, and notes that many studies are looking at how it can help sick and elderly people by improving their balance, prevent falling, and enhancing overall mental and physical health.

NCCAM is currently funding a study in Rhode Island to develop a tai chi exercise program for heart attack survivors. Several studies going back to the 1990s show tai chi as an effective method for helping cardiac patients recover their strength and improve their overall mood. One particular study published in the Archives of Internal Medicine (now JAMA Internal Medicine) in 2011 describes the results of two groups of heart disease patients assigned in equal numbers to different heart-health classes; one involved tai chi and the other provided education. Thirty percent of the total group reported depression, with six taking medications. Patient assessments conducted after 12 weeks showed the tai chi group reported several improvements in their quality of life including less anxiety, more vigor, greater self-reliance and higher resting heart rates.

Notably, participants were encouraged to exercise at home and given instructional videotapes. After the 12 weeks were up, one patient in the tai chi group no longer needed antidepressant medication. Today, of course, heart patients can study tai chi on their own through online video feeds and even progress to more advanced techniques after consulting with their physicians.