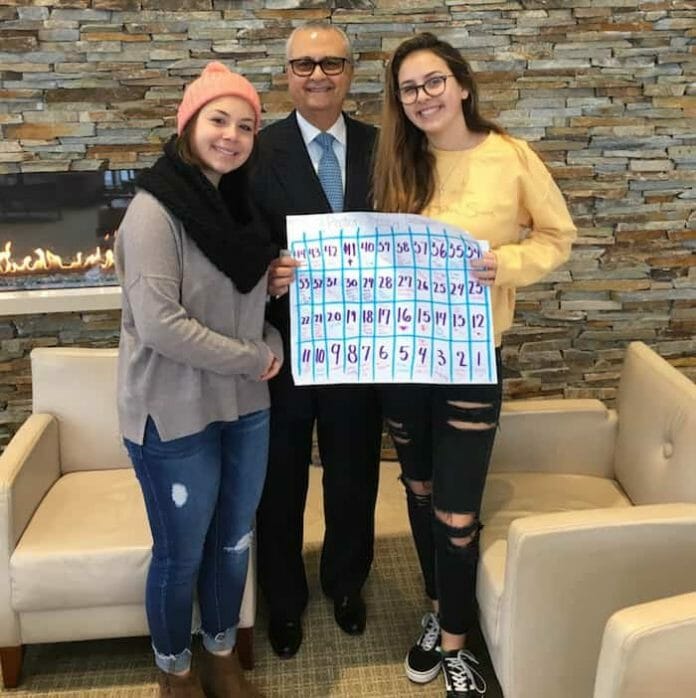 Shortly after a visit to my home country of Lebanon, I noticed that I felt increasingly fatigued. Although I normally exercised before work each morning, I was suddenly having difficulty motivating myself to work out. I was lethargic and experiencing pain in both my back and knees. Realizing something wasn’t right, I went to my doctor for a check-up.

Following a routine blood test, suspicions were raised. My prostate-specific antigen (PSA) levels were high, so my doctor recommended I see a urologist. During my consultation, they did another blood test and my PSA levels came back even higher. Over the next few weeks, I underwent weekly blood tests to monitor my PSA levels and each week they rose higher.

After several weeks, I underwent a biopsy which confirmed my fears—I had Stage IV metastatic prostate cancer, meaning it had spread to my lymph nodes.

While shaken by my diagnosis, I was undeterred by the treatment path ahead of me. I knew I needed to do everything I could to beat this cancer, and I visited several specialists before settling on a treatment plan. Although my physicians initially suggested chemotherapy and surgery, I was concerned about the significant side effects of both treatments.

In an effort to maintain my quality of life, I opted to undergo proton therapy—an advanced form of radiation therapy which targets tumors while avoiding nearby healthy tissue and organs. For nine weeks, I drove myself to and from treatment sessions five days a week at the ProCure Proton Therapy Center. Proton therapy limited the side effects typically associated with prostate cancer treatment options and allowed me to continue working full-time while receiving treatment.

I didn’t feel a thing. The treatment plan was executed seamlessly, and I had no side effects. It was easier than going to my dentist!

My supportive family and ProCure’s professional and reassuring staff eased my mind, helping me prepare for my treatment. At the beginning, I had nightmares, but everything was so well planned, and my team was so truthful. They told me everything that was going to happen and were always on hand. They made it a great experience.

Today—a year later—I’m doing well, and my proton therapy treatment was a resounding success. I am cancer-free and even being taken off my hormone therapy a year early. To celebrate my renewed health, I’m preparing for a trip with my family back to my home country, Lebanon, for the first time since my diagnosis.

I’m now sharing my story to teach others about the importance of prostate health and cancer treatment options. After age 50, a yearly physical is necessary, as are blood tests. If I had ignored my lowered energy levels and not gone for that PSA test, my cancer would have spread all over my body, limiting my care options. Don’t let that happen to you.

According to the American Cancer Society, prostate cancer is the second most common cancer among men in the US, and about one in seven men will be diagnosed with the illness during his lifetime. The American Cancer Society also estimates that there will be 174,650 new cases of prostate cancer in the US in 2019. Since September is Prostate Cancer Awareness Month, it’s an important reminder to take charge of your health and get your annual physical and PSA screening.