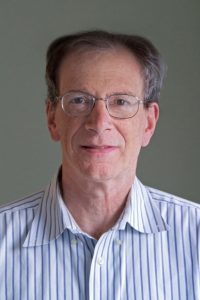 My sister and I completed my dad’s estate sale in about 5 minutes.  I yielded the TV set and my mom’s portrait to my sister and that wrapped it up. My dad, who passed away at 95, had outlasted all his other personal effects of any value, as he down sized his life and then just withered away.  These two material possessions were worth only a few hundred bucks,  Sadly there were times when I thought that the TV outrivaled mom in his life satisfactions.

Dad and I bonded over late ‘50s and early ‘60s TV westerns. We didn’t hunt or shoot in real life because accidental dismemberment insurance was too high. But dad and I had avid discussions about who was the quickest draw on the prime time oaters that we habitually viewed.  We also were glued to televised sport,  New York Giants and later Patriots football games in the fall, and in the spring and summer—Red Sox baseball games.  Dad would quiz me on the lineups, and I would amaze him with my recall of names and uniform numbers. Even without me riding divan shotgun, TV  prime time was dad’s time, unless it was poker night or a civic obligation night.

Mom’s portrait was painted sometime around Bonanza’s third or fourth season.  It was a formal portrait by my dad’s cousin’s husband, who was a well-known artist. The painting captures mom in her still beautiful 30s, emphasizing her prominent but alluring straight nose, her lustrous red hair and her famous smile. It was the smile that helped me survive a  quirky kid childhood.  The portrait is a formal sitting with mom in a blue gown. The picture and dad’s TV viewing crossed paths in a way on March 17, 1963. It was the telecast of Bob Cousy’s  last game as a Celtic. Dad and I watched fascinated at half-time when the Cooz was presented with gifts of appreciation, one of which was a portrait by mom’s artist, our cousin-in-law.

From early empty nest-hood to early senility, about 20 years,  my parents’ townhouse was bisected by spheres of TV influence,  Dad’s TV domain was the 1st-floor living room and mom’s the second-floor master bedroom.  On visits, I   rarely saw them watch TV together. I would spend too much time with dad watching sports, perhaps to recapture my youth, while not giving equal time to mom. Mom’s picture was in a  prominent spot in the living room, but in this parallel lives period,  I wondered if  TV was gaining on mom as a significant other in dad’s  life.  To me, this dueling TV life-style made sense based on some of the marital rancor I grow up with. Domestic harmony in my childhood household only emanated from the black and white idiot box sit-coms.  On a visit to my parent’s in the late 1990’s, I surprisingly found both parents in the living room. That’s when I found out that mom had Alzheimer’s.

Through four memory care facilities and one locked psychiatric ward, my dad, though fully employed, visited my mom almost every day until she died seven years into the diagnosis.  Until mom’s condition was terribly severe, my dad would take her out for drives, to my chagrin, as I would go to visit mom only to learn that she was out at her favorite ice cream haunt with dad.  He threw an 80th birthday party for mom, inviting their few alive and viable close friends.   Sadly, mom was overcome with apathy by this event, but for me, it was a Hallmark moment.  Finally, he realized that mom needed more hands-on care then he or the memory unit could provide, so he hired a  companion for mom, who dad checked in with daily. Dad’s devotion to mom surprised me based on what I thought was my personal surveillance of the friction in their marriage.  Dad, in reality, was an attentive loving husband and not just a cohabitating couch potato. Maybe his devotion to mom was fueled by the contemplation of the warm, pretty woman that he saw hanging above every time he clicked on the TV.

When mom died, dad was 88. Dad, though still resurrected her occasionally, via dementia driven hallucinations.  The TV helped him survive the last 7 years of his life. There were 162 Red Sox games to watch, 80 Celtics games, and football every Sunday.  He didn’t miss too many contests.  He would start every phone call to me with  “Are  you watching the game?”  He didn’t have the wherewithal to watch much of the Red Sox season in 2013.  On one of my last visits to him, it was sadly evident that he didn’t know they were champs.  A couple of weeks later my sister and I were dividing up what I had come to see as his priceless estate.   More, importantly I felt that for dad, mom had always been vivid crisp D hi- def compared to the TV’s mundane black and white. 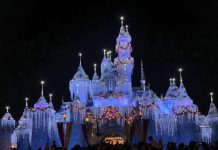