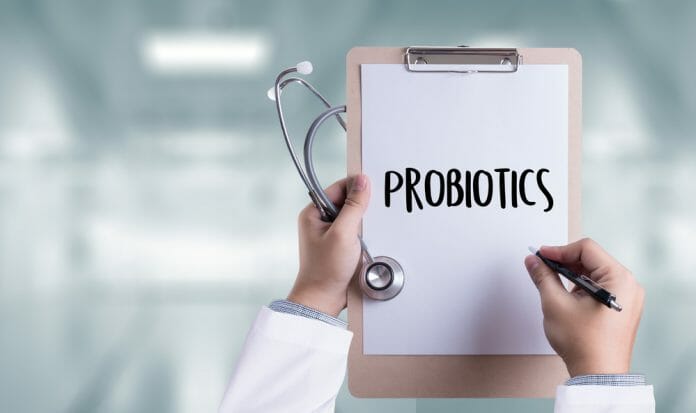 For too many years, breathing issues have been highly stigmatized. The prevailing lens for respiratory health has been focused on behavior change and social determinants. Drugs and devices are widely prescribed for the management of acute symptoms, but evidence-based support for everyday respiratory wellness has been hard to come by. With the rising prevalence of novel viruses and environmental irritants, the time is ripe for a paradigm shift in respiratory health. Understanding and operationalizing the mechanisms of the gut-lung axis brings us into a new era, in which respiratory wellness is for everyone. But which probiotic strains influence respiratory health?

Probiotic strains that have benefits for your respiratory system are not new discoveries. In fact, they are remarkably similar and, in some cases, even equivalent to the strains that benefit your digestion and immune function. For example, the lacticaseibacillus rhamnosus super strain that has been clinically studied for asthma and respiratory infection prevention (Kekkonen et al, 2007; Hojsak et al, 2010) has over forty clinical studies to better understand its role in digestive health. Other probiotic strains that have been studied for their respiratory benefits include lactiplantibacillus plantarum and lactobacillus acidophilus. Yet only recently did physicians and scientists take a closer look at how these strains benefit the respiratory system, and begin to create probiotic blends to support lung structure and function through the gut-lung axis.

Recent research has shown that oral probiotics can support a healthier inflammatory response and overall lung health. Interestingly, studies have shown key inflammatory markers are further reduced, and lung structure and function benefits are augmented, when probiotics are combined with bioactive botanicals such as turmeric root and holy basil leaf extracts.

History and Mechanisms of the Gut-Lung Axis

The “gut-lung axis” concept is fairly new, only becoming widely acknowledged in the last decade as an avenue to support respiratory health. It began with observations as early as 2003, that chronic lung conditions, such as asthma and chronic obstructive pulmonary disease (COPD), often occur together with chronic digestive conditions, such as inflammatory bowel disease (IBD) or irritable bowel syndrome (IBS). Studies have even shown associations between an unbalanced microbiome and lung health risks. For example, this imbalance of bacteria is commonly observed in the upper respiratory tract and digestive tract of smokers.

The recent development of next-generation gene sequencing technologies has led to an explosion in research that has greatly expanded our understanding of how the microbiome might alter the course of many lung diseases. It is increasingly understood that microbes and human cells in the gut and lungs interact every breathing moment, on both physical and biochemical levels. Physically, bacteria can transfer through micro-aspirations, or very small amounts of reflux, between the digestive and respiratory systems. Biochemically, there is also a two-way communication between the gut microbiome and the lung microbiome where gut bacteria and the metabolites they produce travel through the blood to support respiratory health and a healthy inflammatory response.

From Bench to Bedside: Advances in Preventative Options for Respiratory Health

With the abundance of new information about the gut-lung axis, doctors and scientists have only just begun to take a closer look at nutritional approaches to respiratory wellness. Historically, there has been a divide between herbal remedies and science-backed solutions, but probiotic supplements and microbiome research has begun to bridge that gap.

Evidence uncovering the scientific mechanisms behind traditional ayurvedic remedies is emerging from all corners of the world. Turmeric root is one of the most studied herbs, known for its anti-inflammatory benefits. Other scientists have uncovered a compound called vasicine in the Ayurvedic herb vasaka leaf to develop a better understanding of how the ancient herb supports healthier breathing. The list goes on and on.

Lung Health for Everybody

There are so many misconceptions about lung health, with two common themes: more things affect our respiratory systems than we realize, and those of us without respiratory conditions also need to pay attention to our lung health. It’s common and normal for lung capacity to decrease as you age. Respiratory muscles and the diaphragm weaken, and lung tissue can lose elasticity, which can make your airways smaller. Your ribcage bones can become thinner and change shape which leaves less room for your lungs to expand and contract with breathing. We have also learned that viruses do not discriminate, wildfire smoke has no boundaries, and vaporizers aren’t harmless.

These natural changes to your body, coupled with environmental factors, can not only compromise lung capacity, but can also leave you at greater risk for respiratory infections. It is possible to go years without giving your respiratory health much thought, but when your respiratory function falters, it’s hard to think about anything else. Whether you have an existing lung condition or are healthy, you must take steps to prioritize and protect your everyday health and look for the best solutions to maintain respiratory health long-term.

Dr. Lal is a physician-scientist entrepreneur with more than 20 years of experience in lung research, clinical management, healthcare innovation and entrepreneurship. He is the founder and CEO of ResBiotic Nutrition, Inc. and serves as the Director of Clinical Innovation at UAB Heersink Institute of Biomedical Innovation at University of Alabama at Birmingham (UAB). He is also Director of the Pulmonary Microbiome Lab at the UAB, which is funded by the National Institute of Health (NIH) and American Heart Association (AHA).