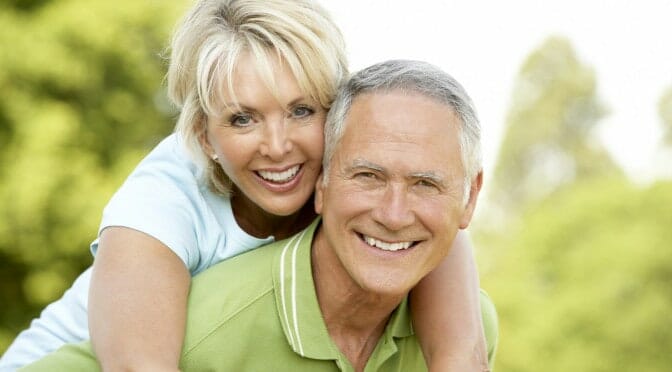 Yea, you are seventy years old and not getting any younger.  Yea, your reflexes aren’t as good as 25 years ago, but face it; they weren’t that good 50 years ago.  And yea, your memory sucks but it wasn’t all that great either.

You weren’t the star basketball center; couldn’t make second-string football team; ran the 440 in track so slowly they never actually timed you, and you weren’t the guy that got beat up in the high school parking lot because you rode a bike to school and parked behind the cafeteria.  Your school grades were acceptable but not sterling.

But you’re not dead yet.  And your reflexes aren’t shot, yet and you have some mental facilities left!  You can still do the New York Times crossword (at least until Wednesday, after that it’s just gibberish), and the King Crossword every day of the week although occasionally your spouse has to help you (a lot).  And you’re spry and sharp enough to get out of the house when your spouse wants to go on a cleaning jag.

What the hell is going on?

I drove to the doctor’s office the other day, a trip I’ve made a hundred times in the last twenty-five years.  No problem.  Except I made the left turn onto Mississippi, looked up and had no idea where I was.  Nothing was familiar, except it all was.  Nothing had changed; the I-225 overpass was still there, the long stoplight at Abilene was still long.  So why was I so concerned that the thunk I heard was my brain slamming and locking the door to the room I desperately needed to find my way around town?  Instead of looking twice and recognizing where I was, I panicked; sure I was in the wrong place, at the wrong time and the wrong direction.

The problem?  I temporarily lost focus;  became distracted.  This caused me to lose confidence in myself and my ability to identify where I was.  Not physically lost.  Not driving 70 miles an hour the wrong way on the interstate.  The only thing lost was my self-confidence.  For that few seconds I forgot that I am a thinking, self-confident adult who can navigate through the Denver downtown maze of streets.  I can recognize that red still means stop and green means go.

But I don’t want to tell my friends or spouse about this because what I get is reinforcement—reinforcement that I, at over 70 years old, might be losing an edge, or worse, driving directly into early dementia or the multi-tiered parking lot of Alzheimers.

Early onset Alzheimers and ED (Early Dementia, thought I was talking about something else didn’t you?) are the go-to blame anytime an older person gets confused, loses focus, becomes distracted,   disoriented, turned around, or got the name of their oldest son confused with their youngest daughter.

Each time you make a mistake, someone is there to excuse it with, “Well, you’re old.  It’s to be expected.”  Or, “It’s nothing, just forget it.” This always carries the unspoken undercurrent that maybe it’s time to check into the old folk’s home.

And with that your self-confidence takes a hit that sticks in a little part of my brain and says, “You’re getting stupid, you can’t remember anything, you’ve got Alzheimer’s.  Or at least Dementia or early on-set or ……”

It’s time to fight back against all those who would too soon put us in an advanced-care home.

A simple mistake, memory lapse, momentary disorientation does not mean you have Alzheimer’s!  What it means is that we have a conspiracy.  The pharmaceutical/medical complex (with apologies to Ike Eisenhower) makes billions of dollars from Alzheimer’s.  They have convinced us that any slip, any mistake, any confusion means that you need to be evaluated by “PROFESSIONALS” to see if you have ED, or Alzheimer’s or any of the other mind-rotting conditions.

Don’t believe me?  Let’s look at some of the medical signs of early Alzheimers (which you can find on any medical site on the internet).  We’ll look at these in a different view—a view that comes from seventy years of making mistakes.

Do you remember where you were two months ago?  No fair pulling out the calendar your spouse keeps.

Of course you don’t.  No one does unless something dramatic or life changing occurred.   How about yesterday?  If you think about it you do know.   And the older you get, the more you have to think about it.  Why?  Because you’ve got seventy years of memories.  Unlike the twenty year old who has only to remember, well, twenty years.

But that’s not Alzheimers.  It might be forgetfulness, but it might also be that you have seventy years to sift through.  If you’re retired, it’s boredom that can lead to a laziness of thought. Easily repaired–get a hobby, get a job.  It still has nothing to do with Alzheimers.  It’s forgetfulness which we all suffer from.

As a retiree, I no longer enjoy planning.  It’s not difficult, I’ve just gotten lazy.  The problems I solve are crossword puzzles.  But if I wanted to, I could go back to work, solve problems, plan sales calls, and in general do just fine.  I just don’t want to anymore!

I agree, it’s a problem if you can’t figure out…well, what are familiar tasks?   What tasks are we talking about? Waking up?  Hell, if you have problems waking up, you might be dead.  If you are, then the rest of this doesn’t matter.  If you can’t tie your shoelaces, it might be arthritis so buy Velcro fasteners.  You’re old, it’s ok.  It’s also not important.  If you can’t tie your tie, you’re probably just retired.  Buy a clip-on for all those funerals you’re going to. Or forget the tie.

Being confused about time or place

If two or three days go by and you’re not sure where you are, you might have a problem.  Maybe!   Or you’ve been hitting the bottle (not good for your diabetes)—or weed (not good for your lungs)?  Are you rich enough that you have been kidnapped, drugged, and hidden away in a small basement room behind locked doors?  More simply, did you just wake up from a nice nap and don’t know what time it is and whether you’re in your recliner or the couch?

Or are you simply disoriented for a moment?   A moment that came, then went and may not come back for quite a while.

I don’t know what this means.  Since I don’t, do I have Alzheimer’s?  Wait!  This is my problem getting to the doctor’s office.  That wasn’t Alzheimer’s that was a lack of self-confidence.  It took me about twenty seconds to assure myself that I was on the right street, going the right way, and would be in plenty of time for my appointment.  That twenty second recovery makes this a lack of self-confidence, not Alzheimer’s.

If your problem is difficulty reading, see your optometrist first, not your geriatrician.

Public speaking is listed as the number one fear of most people.  If you can’t say “Good morning”, you have a problem.  If you’ve been anti-social your whole life, then you’ve got a life-style, not early dementia.

Give me a break.  I lost a very important item when I was ten, found it when I was eleven.  I’m seventy + now.  At seventy, I lose and find things all the time.  Same as being ten.  The only people who never lose anything are contractors and DYIers—their tools just grow legs and walk off.

I’ve been making poor decisions since I was five years old.  Or before.  A bad decision is wearing a Speedo to your best friend’s funeral (or second wedding).  That’s Alzheimer’s.  If you decide to wear torn jeans and dirty t-shirt to the grocery store that’s just being retired.  If on your fiftieth wedding anniversary you decide to leave your spouse for a thirty-something, that could be poor decision-making.  Or your best decision in fifty years.  Hard to know.

Be honest, we’ve all had these problems for years–twenty years, some of them for fifty years.  I’ve had one (poor judgement) all my life.

Alzheimer’s is a verified problem.  But when you’re 70 years old, the problems you had at 17 were growing up problems.  Now the pharmaceutical/medical complex, our friends, the media,  are telling us these are Alzheimer’s problems.

But here’s my viewpoint.

My TV pinpoints all my faults and then ascribes the cause—Alzheimers.  My self-confidence takes a hit.  And my friend says, “You don’t remember….?”  Another little piece of my confidence cracks off and shatters on the Alzheimer’s conspiracy.  I grab the phone and call my doctor; flee to the drug aisle and buy the latest “improve your memory by tomorrow” OTC, begin cutting back on my activities because I am getting old, my self-confidence is gone, I have ED.

Your next mistake, step back, take a look, and make sure you’re not wearing the Speedo to your best friend’s funeral.  Or wedding.  If not, you’re fine.

I am a retired plastics (“one word, plastics”) salesman.  Forty years before that career I was a journalist, advertising copywriter, editor, and motivational (yes, you can be rich and famous by tomorrow morning) writer.  I’ve been happily married 47 years and have two fantastic adult married children.  In other words, I’m old, but having fun.