Is The Anti-Gluten Frenzy About To Be Countered By A Pro-Wheat Comeback? 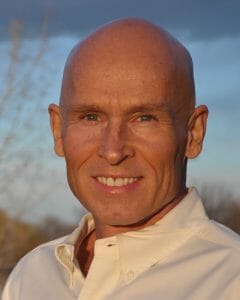 Americans at one time lived their lives utterly unconcerned about the gluten in their diets. But an anti-gluten craze that erupted in the last decade has become so prominent that it spawned a $16-billion-a-year industry.

Gluten became branded as the enemy of good health, bestselling books scared the public away from wheat, and foods marketed as gluten-free popped up everywhere.

But it’s time everyone takes a deep breath and re-evaluates this whole “wheat-is-a-villain” attitude, says Dr. John Douillard, a leader in the natural health field and author of Eat Wheat (www.LifeSpa.com).

“Wheat was found guilty without a fair trial and there are risks when we just blindly take a food that people have eaten for 3.5 million years and remove it from our diets,” Douillard says.

He’s ready to lead the charge in the opposite direction, though even Douillard acknowledges that avoiding gluten is the right move for certain people.

May, for example, is Celiac Awareness Month, which brings attention to the genetic autoimmune disease that damages the small intestine.

“People with celiac disease should avoid gluten, there’s no doubt about that,” Douillard says. “But for the greater majority of people, the anti-gluten frenzy has gone too far and needs to dial it back.”

Far from being a dinner-table scoundrel, wheat can be beneficial, helping to lower the risk of diabetes, obesity and Alzheimer’s disease, he says.

“The real problem is that processed foods have changed our digestive systems,” Douillard says. “That’s why people often feel bad when they eat wheat. But taking foods out of the diet won’t fix what processed foods have done to your system. That just kicks the problem down the road, leaving people at risk for more serious health concerns later on.”

So if going wheat-free isn’t the answer, what can you do to begin to improve your digestive system? That can get complicated, but Douillard has a few suggestions to get you started in the right direction:

• Eat more fiber. Aim for 50 grams of fiber in your diet each day. Make half your plate green vegetables, one-fourth starch and another one-fourth protein. Increase the amount of beans you eat. Of course, beans can be difficult for some people to digest, but one easily digestible bean is the split yellow mung bean. As your digestion improves, you can re-introduce other beans.
• Drink water between meals. The brain’s relationship with the rest of the body can be a funny thing. When people are dehydrated, the signals to the brain often get translated as hunger signals. So people scarf down an unhealthy snack when they should be reaching for a glass of water. A good guideline is 16 ounces 30 minutes before each meal.
• Don’t overeat. Perhaps it can be traced back to our mothers telling us to eat every bite, but people have a tendency to eat until their plates are empty rather than stopping when they’re full. Douillard says it’s better to stop even before you’re full. About three-fourths full is the way to go, he says.

“Your digestive strength is the key to a long, healthy and vital life,” Douillard says. “Whether you eat gluten shouldn’t be decided for you because of weak digestion. It should be decided by you based on what you prefer.”

Dr. John Douillard, DC, CAP, author of Eat Wheat (www.LifeSpa.com), is a globally recognized leader in the fields of natural heath, Ayurveda and sports medicine, and is author of six previous health books. He is the creator of LifeSpa.com, the leading Ayurveda health and wellness resource on the internet. Douillard also is the former Director of Player Development and nutrition counselor for the New Jersey Nets NBA team. He has been a repeat guest on the Dr. Oz show, and has been featured in Woman’s World magazine, Huffington Post, Yoga Journal and dozens of other national publications.

What Is EMDR Therapy?