Experts believe there is an integral relationship between smoking cannabis, fertility issues in women, and mental health disorders. Cannabis recently has become a mainstream drug where people have forgotten that it triggers psychoactive disorders. It is quite evident that the use of these substances does have health-related implications. People are aware of the visual effects of marijuana, but now research is becoming more specific.

Researchers want to study to what extent weed affects men and women differently. You must follow medical guidelines to ensure that you do not face complications later. However, some doctors do refuse to prescribe this drug. Doctors might prescribe it if they feel it is essential to treat a particular ailment with this medical drug‘s help.

Impact of marijuana on women fertility

You cannot deny that the intake of cannabis does affect the reproductive organs of the women. Experts believe that women should refrain from using weed during preconception and pregnancy period. Lactating mothers should avoid weed to avoid transferring harmful chemicals to the baby.

These researches have their limitations, but some studies have made worrisome claims regarding its adverse effects on fetal development. Though still sound researches to show a deep relationship between smoking weed and infertility is not yet discovered. However, there are pieces of evidence that chronic smoking of weed might reduce sperm count leading to impotence in men.

How does smoking weed affect the female body?

Many studies have reported that smoking marijuana causes significantly more dizziness among women than in men. After a woman is high, you may notice more visual impairment and blood circulation changes than men. These changes are mainly due to the difference in body composition of men and women. The overall body mass and distribution of fat tissues are different between men and women. It is this difference that suggests that marijuana affects men and women differently.

Effect of marijuana on mood swings

Women also used weed to release their anxiety and ease out the stress. Smoking marijuana has become quite popular among younger demographics. Studies have revealed that they are more likely to face depression after a few years of weed consumption.

However, it is suggested not to go for a high dosage of cannabis, which might trigger mental disorders. But you might not conclude that using marijuana leads to depression because some people self-medicate their depression through edible weed. Thus, it is not your consumption of marijuana that might lead to depression, but how the amount you consume might trigger mental health disorders.

Many people have the opinion that smoking marijuana can help you relieve pain. You might even purchase it from https://www.taleoftwostrains.ca/to avoid getting it from local shops. It is an effective way to kill pain without facing the side effects of painkillers. Some people do smoke weed occasionally for recreational purposes. Some use it for medicinal purposes to get relief from stiff joints and hips. You can also revive a dull mod with exciting marijuana joint. However, the world must explore the medicinal value of cannabis to treat ailments worldwide.

The Importance of a Carb Cap for switch user 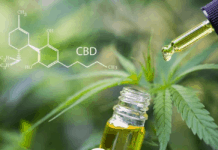 How to Extract CBD Oil from Hemp

What Are the Health Benefits and Risks of Cannabis? 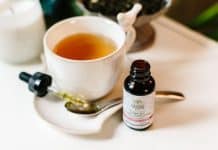 CBD Gift Guide- How To Make The Holiday Season Special 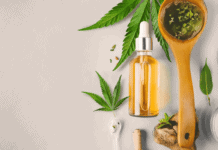 Weed For Seniors—How Cannabis Can Help You Age Gracefully