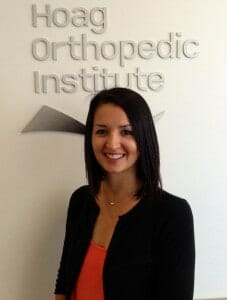 Osteoporosis. It’s a bone disease characterized by low bone mass density and structural deterioration of bone tissue. It’s also not a word you typically hear about until you’ve hit about 40 and everyone starts asking if you’re taking any calcium supplements. Common assumptions are that you don’t need to worry about osteoporosis when you’re anywhere under the age of 20. On the contrary, this age is the best time to start investing in your bone health – it’s the age where your maximum bone density is attained.

The Food and Nutrition Board recommends a daily calcium intake of 1300mg of Calcium and 600 IUs of Vitamin D for anyone between the ages of 14-18. Some things you can do to reach these levels are by drinking more milk, exercising regularly, eating foods rich in Calcium (milk, cheese, yogurt, broccoli, eggs, and salmon) and taking Calcium and Vitamin D supplements.

Additionally, it is probably a good idea to reduce the amount of caffeine you drink, and yes, this includes soda! Studies have shown that people who regularly drink dark-colored sodas have a greater risk of bone loss. The amount of Phosphate you consume acts as a counter against any amount of Calcium you take in, and the amount of phosphorous in just one can of cola is upwards of 500 mg. A study from the Harvard School of Public health reported that teenage girls who drank dark sodas had a fracture rate around 5 times higher than girls who drank either no soda, or even clear soda. Moral of the story: drink less soda and more milk!

Are You Kidding Me?!

Here are a few fun facts about your bones:

Did you know that a woman’s risk of breaking a bone due to Osteoporosis is equal to her risk of breast, ovarian, and uterine cancer combined?

In serious cases, simple actions even as small as a sneeze have been known to cause a fracture.

In the US today, an estimated 10 million individuals have the disease!

National nutrition surveys have shown that most women and young girls consume less than 50% the amount of Calcium recommended to grow and maintain healthy bones.