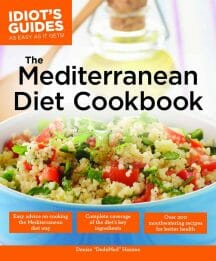 The Mediterranean diet is considered one of the healthiest diets in the world, and has been proven to be acceptable for people with serious health issues such as diabetes and heart diseases, as well as those looking to adopt a healthier lifestyle.

Perfect for the mom who loves to cook and packed with over 200 delicious recipes featuring fruits, vegetables, whole grains, flavorful herbs and spices, and other ingredients key to the Mediterranean diet, author Denise Hazime, creator of DedeMed.com, helps readers indulge in a healthy, balanced, and flavorful approach to eating. The Mediterranean Diet Cookbook retails for $18.95 and is available on Amazon.com.

Audiobooks.com provides the first on-demand streaming and downloadable service for audiobooks, delivering access on any Internet-enabled smartphone or PC, including Apple iPhones and iPads and Android smartphones or tablet devices. The company is the first and only provider of Cloud Bookmarking, its proprietary technology that synchronizes users’ last listened-to bookmark position across all devices. Find out more at www.Audiobooks.com.

To better support both streaming and downloading on the go, Audiobooks.com just announced the release of updated versions of the company’s free iOS and Android apps. Featuring an intuitive new user interface, the newly released apps are available at Apple’s App Store for iPhones, iPod Touch and iPads or at Google Play for Android devices. Members can use the apps to stream content on demand, choosing from tens of thousands of audio book titles like The Hunger Games trilogy and the Twilight series as well as popular best-sellers such as Ender’s Game by Orson Scott Card, Orange is the New Black by Piper Kerman and Hidden Order, a thriller by Brad Thor.

The new versions of the Audiobooks.com apps are available now for free at the Apple App Store or Google Play, providing an improved user experience for members to stream audiobooks on demand or download content. To learn more, please visit www.Audiobooks.com.

Smart Money Smart Kids is a new book by Rachel Cruze and her father Dave Ramsey. This awesome book is written from both a parent and adult child’s perspective on teaching kids about how to handle money now so they don’t make mistakes with it as an adult. It covers everything from saving, spending and giving to how to teach contentment in the instant gratification world that we live in.

The Balance Myth: Rethinking Work/Life Success just received a 2014 Axiom Business Book Award in the Career (Job Search, Career Advancement) category.  These awards are intended to bring increased recognition to exemplary business books and their creators, with the understanding that business people are an information-hungry segment of the population, eager to learn about great new books that will inspire them and help them improve their careers and businesses.

Among other things, the book tells readers to give 100 percent of you to what you are doing and always be present.  Your family, friends and colleagues will thank you.   Taylor did this and she went on to become one of Fortune Magazine’s top female earners a few years ago and COO at Qwest, a $12 billion telecommunications and media company, where she held numerous executive positions spanning a successful 23-year tenure.

Please also check out these other wonderful book titles:

The Summer Train – by Susan Rabin

Loving Yourself – by Dr. Sherrie Campbell 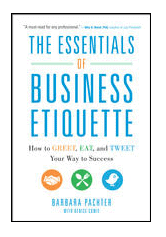 THE ESSENTIALS OF BUSINESS ETIQUETTE: How to Greet, Eat, and Tweet Your Way to Success (McGraw-Hill Professional; August, 2013; PB & e-book, $16.00)

The way you dress for your interview; how you greet your potential boss for the first time; your panache at handling an interruption during a business meeting; even the way you pose a question has the potential to cast a golden glow on you, or a bad light.

There are many opportunities to make an impression – the trick to making an impression is understanding the nuances of how you’ll be perceived by your behavior. Presenting your best self is the surest way of succeeding in business and in life.   THE ESSENTIALS OF BUSINESS ETIQUETTE: How to Greet, Eat, and Tweet Your Way to Success (McGraw-Hill Professional; August, 2013; PB & e-book, $16.00) is a handbook for the 21st century, written by an etiquette expert who understands the social cues in the business space whether face-to-face or via social communication.

With 101 short chapters, it’s designed to give you a primer on the workplace (and that grey area when you carry your office around on your mobile device), and the behaviors that can move you to the next level. From grooming to greetings, from Skyping to speaking to texting, and everything you need to know about making a superlative first impression, this is the must-have graduation gift for the Class of 2014.

About the Author: Barbara Pachter (Cherry Hill, NJ) is president of Pachter & Associates, is an internationally renowned business etiquette and communications speaker, coach, and author. A frequent etiquette resource for outlets including The Wall Street Journal, The New York Times, and O the Oprah Magazine, she has delivered more than 2,100 seminars throughout the world including the first-ever seminar for businesswomen in Kuwait.  Read more about her at pachter.com 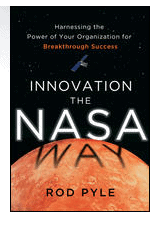 INNOVATION THE NASA WAY: Harnessing the Power of Your Organization for Breakthrough Success (April, 2014; HC, $35.00)

This book examines the thinking, collaborative efforts, and innovations that have resulted in breakthrough moments not just for the agency but “for all mankind.”  Pasadena resident Rod Pyle has written several books on the space race and moon missions; he looks at the business processes behind each milestone in NASA history, from Apollo 11 to Pathfinder, from The Mercury Program and Voyager to The Space Shuttle and beyond.  The federal agency has time and again crafted the possible out of the impossible, adhering to demanding time constraints and budgets, meeting new levels of exacting standards, preserving the lives of astronauts, and challenging the very notions of galactic boundaries.

The book culminates with a look at present-day projects including The International Space Station and Rover, and ponders NASA’s next great adventure.