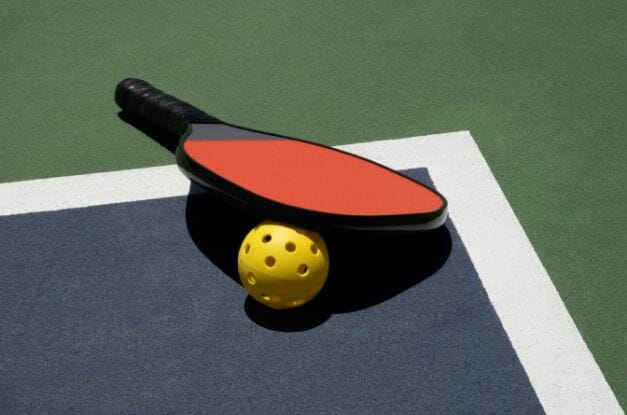 Pickleball is an enjoyable game that everyone of all ages can enjoy. It’s especially popular for seniors who may not be as spry as they once were. This sport is a good way to stay active while enjoying the spirit of competition. If you’re new to the game, there are common blunders you’re bound to make. Recognizing the biggest mistakes beginning pickleball players make should help you dominate the court.

As fun as it is to hit the ball with all your might, pickleball requires a delicate touch rather than a vicious overhand slam. When getting a feel for the game, take things slow and don’t try to kill the ball. Dink shots are perfectly okay and common in pickleball. Starting a rally and hitting a precise shot when a scoring opportunity presents itself is always a better strategy than smacking a ball into oblivion.

Putting a Spin on Serves

It’s fun to try and tinker with shots and serves by adding a spin to them. However, even the most avid pickleball players might not get the proper amount of spin on a ball to warrant them adding it to their serving arsenal. You’ll create bad habits if you try to do too much from the start. It’s not like you’d try to put backspin on a wedge shot during your first time golfing, so keep it simple when you serve the pickleball. Hold the paddle perpendicular to the ground and keep it under control.

Moving Forward After a Serve

There’s a natural tendency to move forward after you serve the ball. However, moving forward puts you in the worst position on the pickleball court. The middle is the last place any player wants to be. It leaves you vulnerable to multiple shots at different angles. Among the rules of pickleball, the ball must bounce twice before someone can score, so stay back until the opposition returns your serve. Once you hit it back, you can crash the net, but stay clear of the “kitchen.”

The kitchen is a unique element that’s strictly in pickleball. It is a seven-foot area on both sides of the net where a player cannot stand when volleying. As a novice, this may take time to comprehend and execute in your matches. You’ll start to pick up good “kitchen strategies” the more you play, but it’s equally as vital to get to the brink of it as it is to stay out of it.

Another instinct everyone has when a ball heads your way is to chase it down and hit it back. Yet, many of the shots someone intends to return could be out-of-bounds. Having the discipline to let shots go gives you a better chance of winning a match. The more you play, the more you’ll know what shots could stay in play and which ones will sail past the boundary lines.

Learning the biggest mistakes beginner pickleball players make could be the difference in winning or losing a match. Nevertheless, it’s a great game that’s boomed in popularity over the years, so it’s worth checking out the action when you have the time.