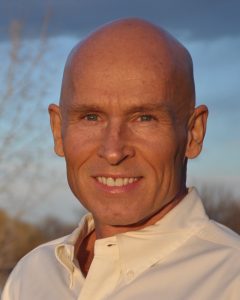 The weather’s not the only thing that heats up in summer. So do our bodies, which makes this time of year a great time to transition to a healthier diet. If we aren’t careful, foods we eat during the summer can affect our bodies and digestion through Thanksgiving and beyond, says Dr. John Douillard, a leader in the natural health field and author of Eat Wheat (www.LifeSpa.com).

Douillard recommends we adopt a summer diet consisting of foods that are sweet, bitter, cold and oily – such as salads, steamed vegetables, fruits and coconut oil.

He also recommends that we not shy away from foods that contain Gluten, such as wheat. According to a pair of recent Harvard studies, going gluten-free increases the risk of heart disease and diabetes.

“To attain optimal health, it’s critical to eat the right foods during summer so that we don’t experience problems like constipation in November, sleep concerns in December, depression in January, a cold or flu in February,” says Douillard.

Douillard offers some tips on what to avoid and what foods to eat in the summer months:

• Incorporate wheat into your diet. Fiber and carbohydrates in grains like wheat, feed healthy immunity boosting microbes in the gut. Douillard recommends eating wheat in the summer because it can decrease the risk of chronic diseases. But he also recommends doing so in moderation because fall-harvested wheat is in-season and much easier to digest.
• Save the warm soups, stews and heavy foods for winter. It might be tough to resist a hearty stew, but the microbes in our bodies in winter are geared toward keeping us warm. As we move into warm weather months, the body has transitioned to microbes that facilitate fat burning, weight loss and renewed energy. In the summer go for lighter fare such as fruits, leafy greens, beans and cucumbers.
• Hot, spicy foods don’t mix with summer. If you like spicy foods better get them on the table during the spring when the body is transitioning from the winter. Once summer rolls around it’s best to avoid hot and spicy foods; which include coffee, red meat and eggs – all of which can put undue stress on organs such as the prostate, liver, stomach and small intestines.
• Eat the chicken, not the egg. While eggs are considered a warm food that should be avoided during summer months, chicken is considered a cool food. A 2016 study found that men who ate chicken four times a week had a 17 percent less chance of getting prostate cancer, compared to men who ate poultry less than twice a month.
• Drink water before meals. Staying hydrated is one of the most important things you can do for your body, especially during the summer. Water is the best way to stay hydrated, but it’s best to drink water 15-30 minutes before a meal. Drinking it during a meal will drown out stomach acid, which breaks down hard to digest proteins.

“If you are curious about the food you should be eating, go ahead and give it a little taste,” says Douillard. “If it has two of the three summer tastes – sweet, bitter or astringent – it is balancing and should be prepared in a way that is cool, heavy or oily.”

Dr. John Douillard, DC, CAP, author of Eat Wheat (www.LifeSpa.com), is a globally recognized leader in the fields of natural heath, Ayurveda and sports medicine, and is author of six previous health books. He is the creator of LifeSpa.com, the leading Ayurveda health and wellness resource on the internet. Douillard also is the former Director of Player Development and nutrition counselor for the New Jersey Nets NBA team. He has been a repeat guest on the Dr. Oz show, and has been featured in Woman’s World magazine, Huffington Post, Yoga Journal and dozens of other national publications.