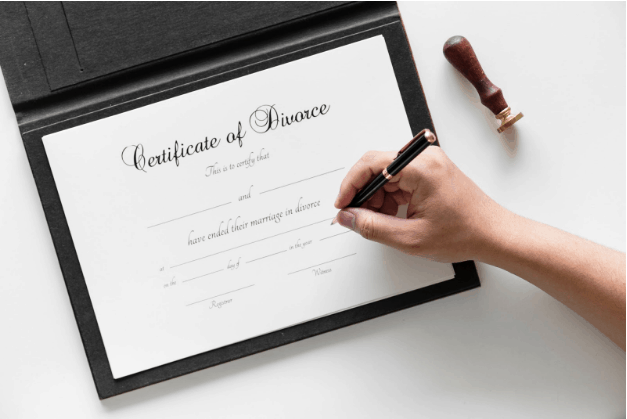 5 Surprising Facts about Grey Divorce in the US

A new demographic trend, grey divorce refers to getting legally separated from a spouse after the age of 50. Today, grey divorce has become more common than ever before. While in the 1990s, only one in 10 people in the age group was divorced, the number has changed to one in four people today.

A grey divorce can be much more challenging and damaging than getting a legal separation earlier on in life. Couples that have spent several decades together have acquired a lot more community property, they have older kids and an extensive history.

Grey divorce comes with its specifics and implications. Today, we’ll take a look at some grey divorce facts most people will find quite surprising.

Grey Divorces: Decades in the Making

Grey divorces tend to be much less impulsive than marriage dissolution initiated by younger people.

Baby boomers used to marry at a much younger age than millennials. Often, people grew distant down the line due to the fact that they wanted different things in life and their priorities changed. The generation, however, also happened to be more resilient in terms of facing relationship problems than millennials.

With time, unresolved issues piling up and an inability to address those has contributed to divorces later on life. This brings us to the main reasons why baby boomers are getting divorced in their 50s and even later.

Surprisingly enough, a longer life expectancy is tied to the growing number of grey divorces.

Statistically speaking, we’re healthier today and likely to live longer than the retirees of the past. A longer life expectancy is making many people think about the partner they’ll be spending the rest of their (long) life with.

After becoming professionally successful and raising kids, many baby boomers are looking forward to their retirement years. If they resent the partner they’ll be growing old with, chances are that at least some of these people will consider a legal marriage dissolution.

The fact that the stigma surrounding divorce has nearly disappeared is also prompting some to seek separation later on in life.

Additional research on the topic of grey divorce shows that men and women in their 50s could be looking for a way out of a marriage for very different reasons.

A survey among baby boomers suggests that the top reasons for grey divorce are the same for both ladies and gentlemen. Infidelity topped the list among the top contributing factors.

Apart from this top reason, however, men and women sought divorce for different reasons.

For men, money-management problems and financial issues contributed to unresolvable marriage problems. Resentment over the way in which kids had been raised also prompted some men to separate from their spouse.

Women seeking grey divorce had completely different motivation. Addiction to alcohol, illicit drugs and even pornography was mentioned multiple times in the survey. Women were also likely to initiate divorce proceedings later on in life after being subjected to either emotional or verbal abuse.

The researchers concluded that grey divorce wasn’t really tied to people growing distant or wanting to spread their wings later on in life. Rather, the reasons were much more practical because baby boomers tend to view marriage as a serious engagement that cannot be broken lightheartedly.

The changing status of women in society is also playing a role in the growing popularity of grey divorces.

Marriage dissolution later on in life is initiated by women more often than it is by men. Statistics show that 60 percent of grey divorces are initiated by women. Female empowerment and the changing status of women in today’s society could be attributing to a more definitive stance among ladies aged 50 or older.

Women have been liberated and empowered. They have the freedom to live their lives the way they want to. Many women aren’t willing to settle for adequate or acceptable anymore. They’re gaining the courage to end a mundane relationship in order to seek for something better.

According to sociologists, women today have higher expectations for their emotional life than they did a decade or a few decades ago. In addition, having adult children removes the need to “stay together for the kids.” As a result, women are likely to make the paramount decision later on in life when the pursuit of personal happiness becomes focal.

Some may argue that a grey divorce is less taxing on children due to the fact that they’re already adults.

This isn’t necessarily the case.

According to Psychology Today, divorce is tough on kids regardless of their age.

A grey divorce can have a negative impact on the relationship between children and parents because it will interfere with family dynamics that have been established for decades.

All children, regardless of age, hope that their parents will be together forever. When divorce occurs later on in life, trust can be broken or damaged. A new relationship has to be established, which can be traumatizing for any person and regardless of their age.

While this is the case, many people eventually find out that a grey divorce is in the best interest of everyone involved. Many couples manage to maintain a friendly relationship and after the initial shock subsides, children become used to the new dynamics. Know more about grey divorce by visiting your local attorney’s firm.

Liz S. Coyle is the Director of Client Services for JacksonWhite Attorneys at Law. She also serves as a paralegal for the Family Law Department. She is responsible for internal and external communications for the firm.